It’s possible that you were an angelic, secure child who drifted off to the Land of 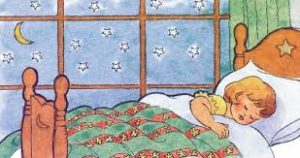 Nod every night, knowing without a shred of doubt that you were protected and safe.

But it’s unlikely. Unless you were a highly unusual, very fortunate, or somewhat deviant child, you harbored a dread of the margins between waking and sleeping. It was a time rife with peril. As your adults closed your bedroom door and consigned you to the dark, the rules that governed your daytime experience slipped their bounds of logic. Reality was up for grabs. A shape might loom at you from the end of the bed, growing larger and more threatening each time you peered at it from under your covers. Creaks and clicks and unexplained noises, inaudible in daytime, seeped through your hands as you held them over your little ears. You sensed malevolence from under the bed. And the closet — whether your bedtime ritual 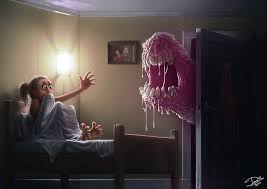 involved keeping its door shut to contain the monsters therein, or wide open so you’d be warned of their approach — it was the wellspring of all that was beyond your control, all the haunts and ghosties and bogeymen that your parents didn’t believe in but you did, you most certainly did.

No matter how many times an exasperated elder responded to your cries and switched on the overhead light to show you the lump of blankets at your feet, the emptiness of the space under your bed, the innocent clothes and toys in your closet, you knew that it was just a ruse. The bad things could return the minute the door closed, the light went out, and you were alone again.

Eventually you outgrew these childish terrors. Or perhaps they simply transformed. Became quieter, more subtle, but no less powerful. Perhaps they are with you still. And perhaps you are still trying to keep them at bay.

Fear has a genius for pretending it’s something else. 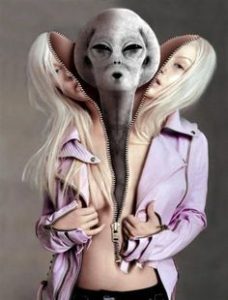 It masquerades,  appearing as anger or judgment or withering sarcasm. Some of its disguises, likebullying behavior, are ugly and overt but not all that convincing. Others are more difficult to see through. One of the most opaque is the fear of success. It can camouflage itself so effectively that you can’t see it at all, not for a long time. Not for years, maybe. Even decades.

The fear of failure — the paralysis that keeps one from even starting on a path — is more familiar. But the fear of success can dress up in guises that seem so innocuous, so removed from their source, that they may appear benign.

But they’re still monsters. Hanging out in your psychic closet, waiting until you’re vulnerable. Here are three that may be familiar to you:

This one operates by cleverly sapping your enthusiasm for whatever project, dream, or ambition it suspects might absorb your attention. It leans against the wall, its expression noncommittal as it observes your building excitement, and just before your energy crests to the point of action, it pipes up.

“I just wonder,” it says, “what’s the point? I mean, in the grand scheme of things, what difference will (whatever you’re dreaming about) make? Do you really want to spend all your time on that?”

Give  Who Cares a chance, and it will keep murmuring similar remarks until it has you convinced that whatever you had in mind can’t possibly be worth the trouble.

2. The You’re Too Cool For This Monster

A close relative and partner of Who Cares, YTCFT’s mission is the same as its cousin: to drain away your creative energy before it builds momentum. This evil hipster rarely says anything at all, merely sneering or giving a sardonic little chuckle or perhaps a roll of its  eyes at just the right moment, recruiting you into laughing at your own momentary lapse of cynicism.

3. The Who Do You Think You Are Monster

Far nastier than the previous two, this one comes in many guises. It can show up

as Think Of Others First (who are you to invest in your own selfish dreams or explore your potential when there are so many others in Real Need?), or But I Have So Much Else To Do (everything is more important than your puny goal), and it’s not above subverting your spirituality. It will remind you about the rich man, the camel and the eye of the needle and so on — while tutting that it’s shallow to want things for yourself.

These three horrors are the ones most likely to take up my mental closet space if I give them half a chance. You may have others. But however they show up, there is one way to exorcise them: 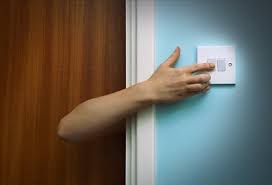 Turn the light on.

Just like the closet monsters of your earlier days fled the moment the overhead was switched on, the nasties that have you under their spell can’t withstand the glare of your conscious thought.

If you find yourself exhibiting symptoms like endless procrastination, lack of focus, finding reasons to do anything at all rather than take a positive step toward your goal, or you become aware of a low but steady hum of negative self-talk, it’s time to head for your inner light switch. This particular switch is activated by asking yourself a simple, powerful question:

What if I succeed?

It’s helpful to write down your responses, even if you never read them again, just to keep your brain from squirming away back into the familiar dark. When you do, you’re likely to make some surprising discoveries.

Maybe you don’t truly want what it is you thought you wanted. If that’s the case, then you’ve just liberated yourself from wasting energy on a cause that no longer serves you. The point is, it’s your decision to make. Not the monsters’.

Or, you really do want whatever-it-is but you haven’t taken a clear, considered look at the steps needed to achieve it. You’ve got a powerful but still vague desire that is just waiting for you to figure out an action plan. Once you see that, the path before you clears, at least enough for you to make a start. And it keeps

clearing as long as you keep moving forward. It’s like driving a car at night: you only have to see as far as your headlights reach. Amazing things can and do happen when you’re in the driver’s seat. Now, you’re really going somewhere.

Do you have monsters lurking in your closet? Have you found a way to vanquish them? Please comment and share!