It’s not like the year hasn’t had its bright spots. But on the whole, I can’t say I’m sorry to see 2017 slide into history.  Biblical-proportion fires and floods.  A nation and, at times, the whole world seemingly bent on racing backwards in the direction of the abyss. More than a year’s worth of challenges and losses in my life and in the lives of people close to me —  so I’m pretty sure I’ll have company as I kick 2017 to the curb.

Yes, I’m grateful for every minute I get to spend in this crazy old world. But when it comes to 2017,  I’m mostly grateful to have survived.

So get off my lawn, Old Year. And while you’re at it, here are a few trends I’d also be happy to see the last of: 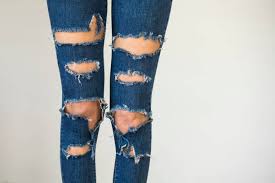 It started innocently enough. Some judicious distressing of the denim, a few faux-worn patches here and there, a testing of the you-can-wear-jeans-anywhere edge. A little bit saucy, a little bit fun. Until it just got silly. Until women started paying premiums for pants that are as much not there as there. Until they showed up for work or school looking like they’d lost a fight with a velociraptor.

Not to suggest it’s only women wearing these things. I don’t mean to be all restrictive and binary here. But I’m getting ahead of myself. 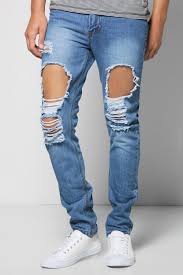 It may be too much to hope for, but if all the shredded jeans become hopelessly snarled in the laundry in 2018 and are not replaced with their like, I won’t be sorry.

This is a little tricky. I understand that we are in the midst of a re-examination of the whole concept of gender identity, and on the whole I think it’s a good thing. And it is quite possible we should adopt a new pronoun that liberates us all from immediate division into he and she. Marge Percy, in her beguiling Woman On The Edge Of Time, posits an alternate world in which “per” — short for “person” — replaces  gender-assigned pronouns. It’s not a half-bad idea, although it would take some getting used to.

Meanwhile,  there is growing and strident insistence on the use of they, them, theirs to sub in for he/she, her/him, his/hers. I understand the thinking behind this, I really do. But isn’t communication dicey enough without being unsure if you’re discussing one individual or several? This leaves those of us who favor clear speaking and writing — or who, like me, are easily confused — with a painful dilemma. Offend someone by using the wrong pronoun, or muddy up your statement with an awkward construction that doesn’t reveal whether it’s one person or a crowd in question?

I see that we will have to struggle for some time to get this figured out. But may we please leave behind the self-conscious, public fretting about it by those who are anxious to demonstrate their sensitivity? For example, an acquaintance — a very nice person, and admirably progressive — worried recently on social media about an upcoming public address: “How do I even say hello? I mean, ‘ladies and gentlemen’ seems so restrictive and binary.”

Seriously? What’s so hard about “Good evening, everyone?” 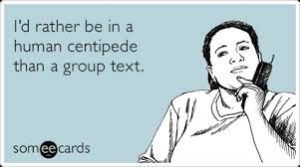 I implore the makers of smart phones to get this one figured out in 2018. I suspect they already know and that they think it’s somehow to their advantage to have everyone replying to everyone else every time about the great dinner party last night or the special award young Chatsworth just won at the preschool graduation. Perhaps they see some social benefit to all of us constantly having our tasks, conversations, thoughts, and sleep disrupted by the buzzing and blurting of their phones.

One early morning — and I’m talking early, well before sunrise — there was a shrill burble from my bedside table. My husband was out of town, and knowing that only a disaster would prompt a text from him at that hour, I jolted awake and grabbed my phone. Once I could focus my eyes, I saw something like the following:

“Sheldon’s mother is in the hospital. Please pray for us.”

Oh, my God, I thought. This is terrible! What do I do? And indeed it was terrible, for anyone who knew Sheldon’s mother or, indeed, Sheldon.

I don’t know anybody named Sheldon, but we all have, or have had, mothers, so I said a prayer and returned my sleepy head to the pillow.

But someone in my extended circle does know Sheldon, someone who at one point months earlier had sent out a vast group text, one that had included Sheldon and his wife, about something entirely unrelated.  It was to this group that the impassioned plea had been sent.

I was just drifting off when the next burble erupted.

“We are so sorry! Let us know if there is anything we can do!”

And on it went, everybody in the group including everybody else in the group as they strove to support Sheldon and his mother in their hour of need. It’s very fiddly to chisel out one intended recipient from a group text, and at 4:30AM it was not likely anybody was going to do that. Anymore than it was likely I was going to get back to sleep.

I’m truly sorry about Sheldon’s mother, but can we at least add a “reply all” option in 2018? 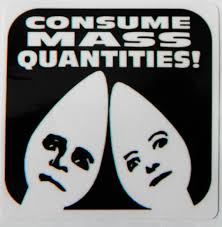 Call me old-fashioned, but call me a writer. Or a blogger. Not a “content creator.” How has literature, be it in print or online, fiction or nonfiction, highbrow or ad copy, become saddled with the monolithic, undifferentiated term “content?” Content is what goes in boxes, and my mind is not a box.

Once writing is reduced to “content” it becomes something to be “consumed” rather than read. I hear smart young pundits on their podcasts going on about the vast quantities of content they consume. Consuming content sounds like a mindless exercise, far from thoughtfully parsing an essay or story.

I don’t really expect this trend to die out in 2018. But I promise to continue to be annoyed by it. 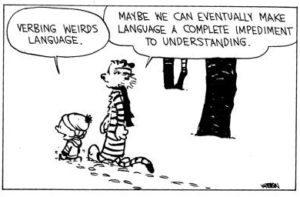 This offense has been going on for some time, so I can’t lay it at 2017’s feet. But now would be a good time for it to subside.

Although it requires efforting to do so, current messaging favors gifting formerly modest nouns with the power of action. Sometimes the transmutation of a noun into a verb results in more colorful speech, but often it’s just dumb. I look forward to dialoguing further on this topic in 2018. 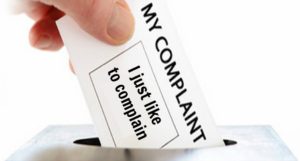 These are small complaints, I know, and a brand new year awaits us, unless you’re in a time zone where it has already arrived. Let us approach 2018 with fortitude and hope, and the courage to expect of it good things. Like maybe a new pair of jeans. Intact ones.

Happy New Year! Your comments are the bubbles in my champagne glass, so please share! 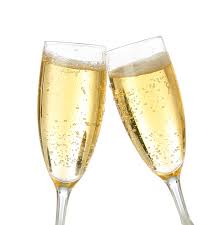