As I proclaimed in last week’s post (Adjust Your Focus) I proposed to keep my November offerings short and to the point, namely gratitude. It’s Thanksgiving week if you’re in the US, so it shouldn’t be such a heavy lift to feel thankful while everyone is preparing to celebrate that very concept, right?

Besides, November is my favorite month here. It’s cooler, the tourist madness of October’s crush season has abated somewhat, and the vineyards turn colors depending on their varietals. The whole valley becomes a crazy quilt of bronze, gold and purple. It’s the time of year when driving up and down its length to run errands is like being inside a landscape painting. 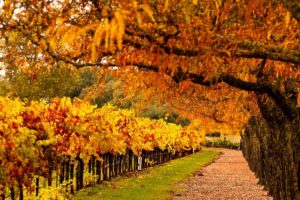 Not even kidding; this is what it looks like. Usually.

But not this year. The Camp Fire is still burning to the east of us, destroying more lives and property and acreage than any wildfire in California’s history, and that’s saying something. Last year’s fires in Santa Rosa, Sonoma and Napa counties were the worst on record, until this week. Due to the Camp Fire, so far there are over 70 confirmed dead and at least 1,000 people still unaccounted for. 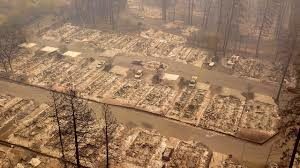 Over a vast swath of the state, including where I live, hangs a pall of smoke and pollution that sits on our hearts like a noxious blanket, an inescapable reminder that all is not as it should be. On my way up valley yesterday to Sunrise Horse Rescue in Calistoga, the vineyards stood slumped and drab in the murk as though they too were weighed down by grief for those so nearby. If I’m in a landscape painting now, it’s a dispiriting, apocalyptic work. 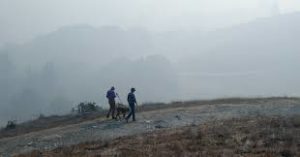 The President visited the state on Saturday. Touring the devastation in Paradise, a town of 27,000 which has been virtually erased in the flames, he pronounced the situation “sad.” Offering the comfort of insightful leadership, he repeatedly got the name of the town wrong, referring to it as “Pleasure.” Demonstrating his command of the situation, he told reporters, “Nobody thought this could happen.” But we mustn’t worry: “I don’t think we’ll have this again to this extent,” he decided. 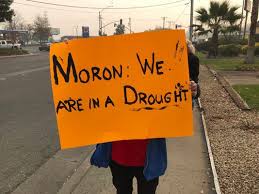 To be fair, the man has never called himself a trend spotter. Or maybe he has; I can’t keep up. On one thing, though, he remains firm. None of this budges his opinion on climate change, which is that it’s hooey. And his opinion is very strong.  Seriously, here’s what he said: “I have a strong opinion,” he told reporters. “I want great climate and we’re going to have that and we’re going to have forests that are very safe.”

You can’t make this stuff up. 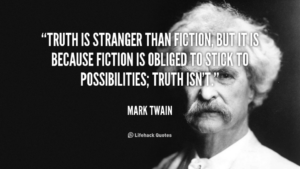 Therefore, to summon an attitude of gratitude, I find I must draw on my inner Pollyanna. If you’re too young to remember either the book (1913; even I’m too 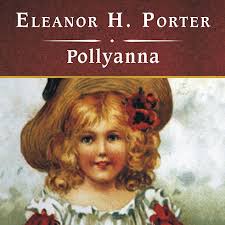 The objective of the Glad Game is to find something joyful in every situation, no matter how lousy it is. You can think of Pollyanna as the original spin doctor. Annoying, perhaps, but positive. At the risk of giving you cavities, I resolve to Pollyanna my way to a brighter frame of mind. Here goes: 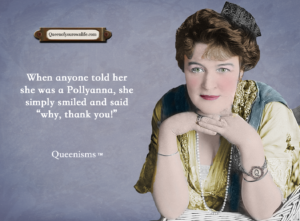 Enough of that. In all sincerity, there is much to be grateful for — firefighters and other first responders leap to mind — as my family and I prepare to gather around the Thanksgiving table and lift our goblets, and our face masks, in a toast to recognize how blessed we are to still have one another, and to enjoy such abundance. 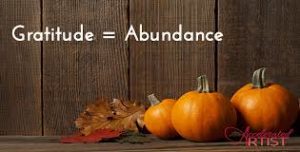 I wish you and yours great joy at the onset of this holiday season, in a climate of peace and good will. And you know what? Just saying that makes me happier.