Here in the USA there is a general sense that our society’s foundations are buckling. The girders supporting the very agreements that make us, well, us, are popping rivets right and left. Arguments that we thought had been put to rest long ago, at the cost of horrific bloodshed and sacrifice through the two costliest wars in our nation’s history — insupportable, life-denying notions like a master race and the idea that might makes right — are erupting into the zeitgeist like a plague of boils. And all of this turmoil is gleefully egged on by the Current Occupant, who is capable of creating nothing except diversion through division. 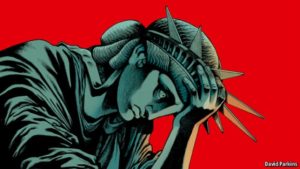 We carry on.  We do what we can and try to let the rest go. But we fret. These are uneasy times in America, and for much of the rest of the world as well. 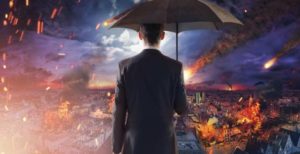 Which is why it is vital take note when something comes along that offers relief, hope, and a vision of humankind as it can be. Not in some future utopia, but right about now, if we could just focus correctly and behave ourselves.

The Brits have been at this national identity thing a lot longer than we upstart Yanks, and in their quiet way they have come to our aid. As an act of charity, they have sent a national treasure across the Atlantic to spread its balm of cheer on our tormented psyches like lemon curd on a biscuit. 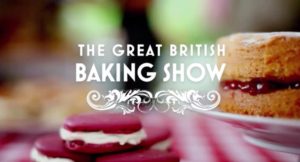 The Great British Baking Show, if you haven’t discovered it, is reality TV. But it’s a reality far different than the mean-spirited, gladiatorial spectacles dredged up by producers of the kinds of reality shows with which Americans are familiar. Here’s the official blurb from PBS:

“Twelve amateur bakers are on a quest to be named the U.K.’s best baker. Over the course of 10 weeks, renowned British bakers Mary Berry and Paul Hollywood judge the contestants on their skills at making cakes, breads, pastries and desserts of all kinds. The challenges for the bakers come in three categories: Signature Bake, Technical Bake and the Showstopper Bake. As each week goes on, the challenges become more and more difficult. Hosted by British comedy writing duo Sue Perkins and Mel Giedroyc, the series comes to PBS after its successful run in Britain.” 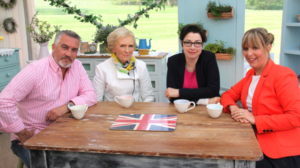 The competition is stiff, and each week is an elimination round, with one competitor judged Star Baker of the week and another one sent home.

There is passion, intensity, epic triumph and dismal failure, all the elements of great drama. But here’s the thing: it’s about baking. Not who can survive on an island or snag the bachelorette or whatever else by conniving and backstabbing and doing whatever it takes, meanwhile talking trash about one’s rivals and getting maudlin for the up-close-and-personals. We’re too busy ogling the food. 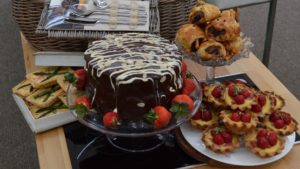 Each season, we meet and fall kind of in love with  ten people from  all walks of life and all ages — comfy grannies, hipsters with beards, starched solicitors, young sirens with edgy hair and tattoos — who really like to bake and are brave enough to strut their stuff. They care, big time, about winning. But it’s all in fun, if serious fun. Most importantly, it’s all carried out in the spirit of good sportsmanship. 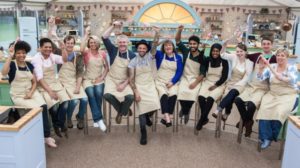 Think of The Great British Baking Show as a kind of anti-Hunger Games. The arena is actually an enormous tent set up on the grounds of Welford Park, a country estate in Berkshire. 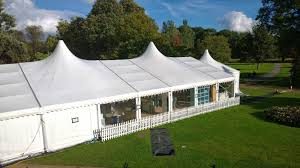 Within the tent are ten sherbet-colored baking stations, equipped like Barbie’s Dream Kitchen, only better. As the bakers toil to meet the challenges set them by Paul and Mary,  things heat up in every sense of the term. Will the granny’s Swiss roll turn out to be tight enough to please the judges? Will the retired Scotsman’s savory pie have a soggy bottom? Can the woman with the tricolor hair possibly create enough caramelized sugar decorations for her required 24 mini cakes before Sue and Mel call time? 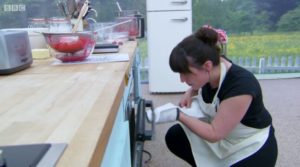 Some of the creations the amateur bakers turn out are impressive indeed. Some are so mouth-watering I am in danger of wandering off to the kitchen to make myself some consolation cinnamon toast. Other efforts fall far short of the mark. But, here’s the thing — when that happens, or when a baker gets sent home, everybody behaves well. And they are nice to one another, supportive and complimentary, even in the most intense throes of baking battle. Well, there was one guy in the first season whose baked Alaska tanked so utterly that he chucked the whole thing into the bin and stalked out of the tent. Tsk, tsk.

But even so, not a snarky word out of the guy about the show, the judges, or the other contestants, and no whiny excuses — so un-American reality TV. And once he had recovered himself, he returned to the tent, carried his bin up to the judges to receive their (fairly) gentle remonstrances, and retired with good grace, to be sent off with hugs and good wishes by everyone in the tent. A ten second Google search reveals that this same contestant has since gotten married. His wedding cake was a baked Alaska. 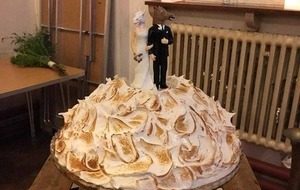 Now, that’s being a good sport.

If you haven’t discovered it yet, I recommend The Great British Baking Show in the strongest possible terms. It’s immensely entertaining, even addictive, and it will do a lot to restore your faith in humanity. 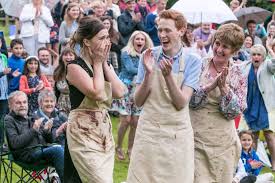 Also it will make you a far more discerning consumer of biscuits. Lemon curd, anyone?

What do you find life-affirming as well as entertaining in these troubling times? Please comment and share!