Shortly after I married my first (late, not ex) husband Richard I was introduced to 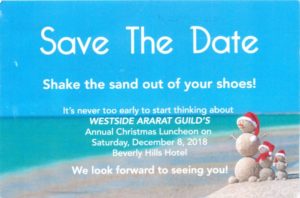 a holiday ritual, the West Hollywood Ararat Guild Annual Luncheon. Richard’s family was Armenian-American, a culture that reveres its elders, especially as they were the ones who managed to survive or escape the genocide of 1915. The Ararat Home is a haven for the elderly who need it, one that provides top-notch facilities, expert care and really good rice pilaf. Keeping the home generously funded is the mission of the Ararat Guild, a duty the ladies of the Guild take very seriously. But that doesn’t mean they can’t have fun in the process.

Held in early December, for a few years the luncheon took place in that bygone 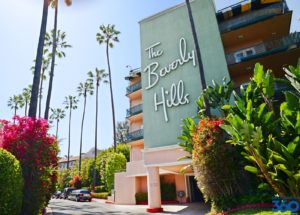 temple of Hollywood glamor, Chasen’s. Later it moved to the Four Seasons, until the event grew so large it found its current home in the grand ballroom of the Beverly Hills Hotel.

When I say I was introduced, I mean that literally. My mother-in-law, an elegant force of nature named Marie, made the rounds of all the ladies with her daughter Nancy and me in tow, and would proudly show us off. My sister-in-law and I understood that our role was to look our best and greet the ladies we would re-meet every year.

But it was my mother-in-law’s time to shine, and she’d absolutely earned it. She was among a core of energetic women who spent much of the year producing  the whole shebang. One aspect was the silent auction, a dazzling succession of tables laden with gift baskets that contained everything from fine jewelry to spa packages to hand-made Armenian pastries. 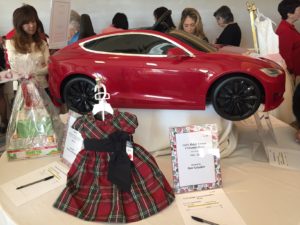 Marie did a lot of that hand-making herself, and I will never again taste such choreg. It required a genteel tussle through a crowd of ladies clad in St. John’s knit suits to get my hands on a container of the twisted, mildly sweet clouds of bread, so perfect with a cup of coffee, before they sold out.

With 500 women all reuniting and chattering and shopping, it was the loudest

silent auction in the world. Eventually the doors to the vast dining room opened and the ladies made their way to their seats while exclaiming over the centerpieces. The program included inspirational speakers, entertainment, and of course the lunch itself, always delicious and capped with a decadent dessert. Then came the raffle drawing, which could easily take up another hour.

As anyone familiar with the L.A. area is aware, there exists no direct route into and out of Beverly Hills. Once you finally do reach the freeway it’s likely to be in a snarl. So unless you live on the west side, attending the Ararat Guild luncheon is a day-long affair.

But so worth it. I am not at all the ladies-who-lunch type, but I developed deep 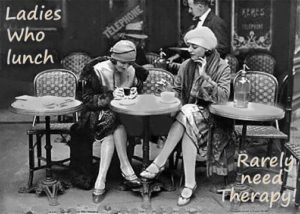 affection for this yearly fete that kicked the Yuletide season into high gear while raising hundreds of thousands of dollars for a worthy cause. And what better excuse could there be to start off the day with a glass of bubbly or a Bloody Mary from the Polo Lounge?

Marie passed away four years ago, and it had been long years since my last Ararat Guild luncheon. Until this past weekend, when I had the chance to  revisit the tradition and spend some long-awaited quality time with Nancy and her delightful husband Mel.

My sister-in-law is a highly accomplished, charming and deeply kind woman 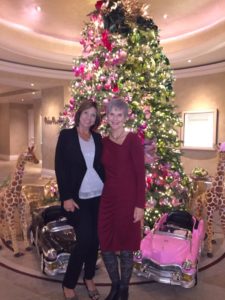 who resembles Sophia Loren and has approximately the same effect on men. It is evidence of my good character that I manage to overlook these irritations and love her in spite of them. She and Mel live near San Diego, so the drive to Beverly Hills and back meant lots of time to catch up. The luncheon itself unfolded in a sparkly haze of nostalgia as I reconnected with women I hadn’t seen in far too long.

There have been changes in the intervening years. A fashion show during the main course has replaced the lengthy programs of speakers and youth choirs. Younger women have stepped into the leadership roles once filled by my mother-in-law and her cohort. Still, it was surprising how many faces I did recognize, and how quickly I felt myself in familiar territory.

That is the purpose of traditions. They offer us reassurance that even when it feels like the rate of change in our  world has accelerated past hyper drive, some 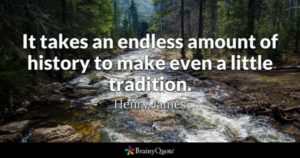 things endure. And they do so because people value them enough to keep them alive. Though traditions change in form and scope, they give our lives shape and continuity, and remind that the tapestry of life continues even after our individual threads reach their end. And that is a good thing.

Perhaps you’re tempted to pass on taking the kids to The Nutcracker this year, or yet another production of A Christmas Carol. Maybe it feels like you just got done dismantling last year’s tree or putting away the menorah or whatever other accoutrements your holiday rituals call for. While I’m all about simplifying and letting go, I submit that there are some aspects of the holiday season that are worth going to some trouble to preserve. Even if it’s just lunch.

Whatever you celebrate in this Season of Light, I wish you comfort and joy.