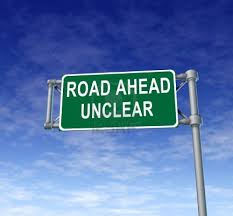 If you’re not feeling at least a little twitchy these days, you’ve either developed the equanimity of Yoda or you’re not paying attention. The world feels like a crazy place right now, and it looks to become crazier. For many of us, the prospect of the Inauguration on Friday fills us with a host of emotions, the most uncomfortable of which is fear. Lots of us have trouble understanding how we got to where we are as a nation, and therefore the path ahead seems dangerously unpredictable. Principles and institutions and codes of conduct that have operated as underlying assumptions, the bedrock of our society — heck, even our alliance with NATO — are suddenly up for grabs (perhaps that is an unfortunate turn of phrase, speaking of conduct). The only thing we can know for sure right now is that nobody knows where we’re headed or what’s next, but it’s not looking good to many of us. And that’s a very scary thing. As wee humans, we hate not knowing.

I am no Pollyanna, about to assure you that everything is going to be fine, because I don’t know that. Nobody does. However, I can predict with reasonable certainty that not everything is going to go completely to hell, either. We are in for a bumpy, bewildering, at times probably heartbreaking ride. And yet, the very uncertainty with which we’re confronted contains the seeds of unforeseen possibilities. Of hope.

Whatever lies ahead, it calls for inner strength, flexibility, and balance from each of us: a kind of psychic yoga. We need to be able to face reality, to face that which is unpleasant, unfair, dismaying,  or just plain evil head-on without either backing down or responding in kind. We need to accept that some bad stuff is going to happen, without throwing up our hands and retreating into walled-off, fearful lives. Just as we don’t know what damage may be done in the near future by power-abusing leaders, we also don’t know what we are capable of creating together — those of us who are determined to keep moving forward, that is,  with resolve and good will.

My path in the next week includes traveling to Washington DC to take part in the Women’s March On Washington. I feel extraordinarily privileged to be able to participate, and there are marches happening in scores of other cities across the country. The press (the credible press, mind you, as in The Washington Post) is reporting there have been between 200 and 400 parking requests for charter buses for the Inauguration itself — and between 1200 and 1400 for the Women’s March the day after. 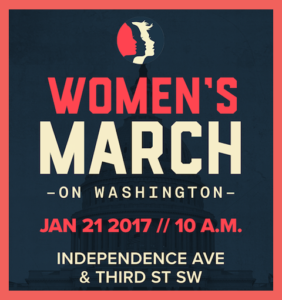 Now, that right there gives me hope. Who can say what that much positive, creative energy can yield when it’s united in a common purpose? Well beyond January 21, what might arise from the people — women and men — who feel the call, as never before in their lives, to activate and organize and do what can be done to protect the values we hold dear and safeguard the freedom and rights of all, especially the most vulnerable among us?

The future may not all be pretty. But some of it may just be amazing. I suggest we make a pact, you and I, to hang in there and Never. Give. Up.