Mother of pearl, what a week last wee was. I’m still reeling. Leonard Cohen, Leon Russell, and the Man from U.N.C.L.E. died. Oh, and Donald Trump won the election. That’s one tough week, 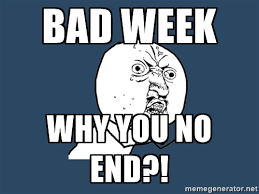 my friends. Perhaps I sound flip; I don’t mean to. It’s just been a whole lot to take in. And I confess I woke up Wednesday morning feeling aghast. I so, so wish it had gone the other way. But. It didn’t. Yes, it’s hard for many of us to believe that Trump won, especially since Hillary prevailed in the popular vote by nearly two million, a number that’s almost certain to grow as the last mail-in ballots are counted. But that doesn’t, and won’t, change the electoral college math. That this is hard to accept explains the Change.org petition currently circulating in the vast bubble machine that is social media, the one that exhorts the actual electors to throw their votes and “Make Hillary Clinton President on December 19.” Well over 4 million people have signed the petition to date.

I am not one of them.

No, I’m not happy that we have at least four years of The Donald and his clown

car of climate-change-denying, xenophobic plutocrats stuffing his cabinet to look forward to. I could barely make myself watch his performance in the debates: I can’t imagine what it’s going to be like sitting through his State of the Union addresses. If I travel abroad between now and 2020, I’m thinking of trying to pass myself off as Canadian just to avoid embarrassment.

But, by the rules set in place in our Constitution, he won. All parties to the campaign agreed to those rules. If the shoe were on the other foot — if Hillary had somehow biffed the popular vote but come out ahead in the electoral count and Trump and his camp were demanding that the electors ignore tradition and their state’s rules and vote him in instead — I’d consider that a dangerous attempt to undermine the peaceful transition of, gulp, power.

Should the Electoral College be abolished? In my opinion, you bet. There have now been three candidates who lost the electoral vote yet won the popular vote, and most of us are mystified as to why this institution even exists. We don’t elect our states’ governors that way, after all. I encourage you to read the recent Vox piece, an interview with the Sterling Professor of Law and Political Science at Yale University: “The Real Reason We Have An Electoral College: To Protect Slave States.” Dr. Amar explains clearly and dispassionately the history of the EC; turns out it’s yet another poisonous legacy of America’s original sin (and that whole inflammatory phrase consists of my words, not Dr. Amar’s).

So, IMO, the Electoral College should go. But let me repeat; it’s in the Constitution. 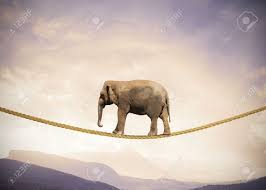 It would take a Constitutional amendment to change it. You remember your high school civics and government classes, right? Amending the Constitution means either two-thirds of both houses of Congress have to propose an amendment (don’t hold your breath) or two-thirds of all the state legislatures have to propose holding a constitutional convention to do the same thing (ditto), and if all that happens, then the amendment has to be ratified by three-quarters of the states.

Doesn’t mean it couldn’t happen. It’s happened 33 times in our nation’s history, after all. But it’s not going to happen real soon (still, I’d be in favor of it and, if it helps, I’ll write letters and sign petitions and attend meetings and all that stuff).

Meanwhile, it’s the law of the land.

I’m going to do whatever I can, with my wee little voice out here on the Left Coast, to expect and demand that  President Elect Trump (that sound you just heard was my stomach turning) will uphold the rule of law.

We don’t get anywhere by trying to subvert that law for our own ends, even if we think ours are better.

Do you agree or disagree? I’d love to read your comment — just take a deep

breath before you start typing.