Let’s pretend you’re browsing through a bookstore. Picture your favorite independent bookseller’s shop, someplace with racks and racks of tempting volumes and plenty of light and comfy chairs, an espresso bar and maybe a cat (a congenial, hypoallergenic cat that only cozies up to you when you want it to and doesn’t lick itself in awkward places while in your presence —  we’re pretending, remember). Let us also assume that you have at least a passing interest in historical fiction.

And on one of the tables or shelves or perhaps an end cap, you spot this cover:

Would it catch your attention? Would you be curious about what was inside? Would you check out the back cover or the inside flaps, maybe riffle through the pages? Would you exclaim aloud, “Wow! What a cool book cover! I wonder who designed it!” at which point I would appear at your elbow and tell you that it was none other than my very own, exceptionally talented husband, J. Michael Flynn, at which point you would respond, “My goodness, aren’t you a lucky duck to have a husband who can make your book look so irresistible! Excuse me while I order copies for all my friends and family.”

I’m heading to the Historical Novel Society’s 2017 conference in Portland, Oregon this week, in large part to promote my debut novel (apparently the term “debut” is preferable to “first” when it comes to novels, at least until you’ve sold your second one), THE MOON RAN AFTER HER. Here’s a quick description, the kind of verbiage that might go on the back cover in a 3D, hardcopy version:

In the spring of 1915 in Eastern Turkey, fifteen-year-old Ani Jebejian and her older sister Mariam are separated by the brutal chaos of ethnic cleansing. Ani witnesses her father’s murder and becomes a refugee fleeing across a war-torn continent, while Mariam is forced on a death march that claims the lives of her children, and is conscripted into a Turkish harem. In order to escape and reunite, each sister faces a stark choice. Based on real-life accounts of survivors of the Armenian Genocide, THE MOON RAN AFTER HER is a testament to survival and the strength of the human spirit.

Or, if we were sharing an elevator and you asked me what my book was about, I’d say something like this:

A triumphant story of survival as two sisters find the strength to escape the Armenian Genocide and reunite in America, THE MOON RAN AFTER HER is based on real events.

And since you were just being polite, this is when you  get off on the next floor whether it’s your destination or not.

But wait; we’re pretending again. Now you and I are at a writer’s conference, and you’re a literary agent looking for manuscripts you think have a shot at getting published. I don’t just hit you with my 20 second spiel; I hand you a postcard-size card with the above cover image on the front, a  descriptive blurb and my contact info on the back.

And you whip out your phone and call your best contacts at the Big 5 publishers who immediately engage in a bidding war and by the time the elevator reaches the lobby we’ve inked a deal with a six-figure advance and Spielberg has optioned the movie rights.

Also there is world peace and prosperity and free health care for everyone and studies prove that wine cures everything. 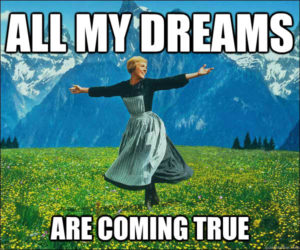 Of course that’s a fantasy, except for the part about wine. Writers with a grip on reality (which by no means describes all of us) do not go to conferences with the expectation of selling their books. The purpose of a good writer’s conference is to allow us to crawl out of our dark writing caves for a day or two to mingle and make connections, learn about the industry and about our craft and perhaps have the opportunity to share and promote our work. Writing is a solitary pursuit most of the time, so it’s good to have a chance to party with our like-minded brethren. And sistren (it’s mostly women at these things).

This particular conference even includes a costume contest on the first night. I’m going as a Wild West performer, which as you might guess has nothing at all to do with the Armenian Genocide, but does fit with the protagonist of my second novel, GLORY DAYS. More on that one in the next post. 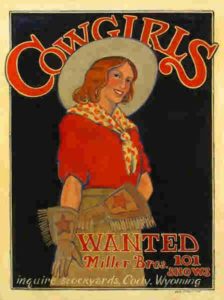 So, wish me bon chance in Portland, and pretty please leave a comment and let me know what you think of the cover!