Not these people. They look like a nice couple. He’s named Norm and she’s named Ruth. Apparently he’s a 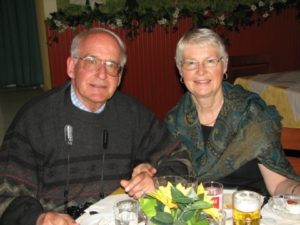 pastor but clearly they enjoy a good time so they’re not the stuffy type of church folks; they’re the warm and connected kind. I’m sure I’d like them if I met them.

What I am thinking about today, in an oh-dear-me sort of way, is the disintegration of the crucial elements that make a society the kind you’d want to live in: one is the Norm, as in the social norm. That Norm, I’m afraid, is rapidly fading into the background at our raucous national gathering. At the same time, we seem to have lost sight of Norm’s better half, that gentle spirit that encourages us toward giving each other the benefit of the doubt, our collective Ruth. Without her, we slip, willingly or no, into becoming Ruthless. If we don’t watch out, somebody is going to call the cops on us.

As I’ve said before, on this blog I don’t like to get all up in anybody’s political grill. It’s not a pleasant topic, and I suspect that like me, you don’t read blogs to raise your blood pressure.  But these are truly alarming days we are all living through together, and it feels dishonest to avoid remarking on that fact as history rolls toward us like a burning lava flow. 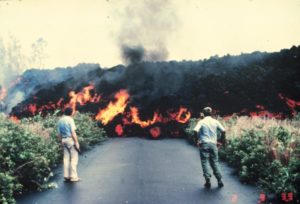 While we negotiate our daily lives, norms are obliterated on a continual basis. There are standards of behavior — standards which we have never bothered to codify into  rule or law or anything more formal than what any responsible parent teaches their child — that are publicly, nearly daily swept aside with a kind of gleeful acrimony.

Things like this: it’s understood, or at least it used to be, that a presidential candidate in a press

conference would never mimic the gestures of a disabled reporter. In fact, such a candidate would be expected to make sure not to do so. Nor would he or she denigrate a Gold Star family. But both happened, on camera, and have been the subject of much debate since.

But that’s such old news. We’ve got way bigger fish to fry right now, as we continually do, at such speed and volume that we have no chance to digest the previous onslaught. The events of the past week are a study in benumbing news.

It has been previously understood that the leader of the U.S. would never, ever accept the word of a long-distrusted adversary over the findings of our own intelligence community. 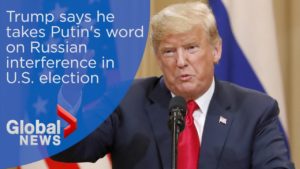 One simply expects that the Director of National Intelligence — the guy that all the intelligence agencies are supposed to report to — would be the first to know if the president decides to invite the leader of Russia to the White House some time this fall. 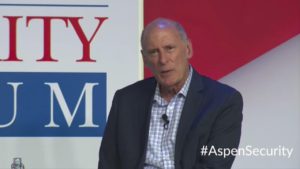 If such a lapse were to occur, it would seem appropriate that Mr. Coates would receive an apology or at least an explanation, instead of being accused of “going rogue.”

Whether or not we vote for its current occupant, we expect the administration of our executive branch to at least function with our national interests as its first priority. As for Ruth, she is nowhere to be seen, while the primary representative of our nation’s democratic ideals cozies up to every dictator who catches his fancy. The most ruthless men in the world are somehow, suddenly, admirable. 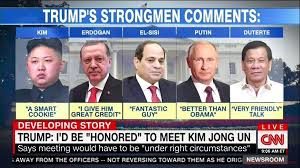 What makes me saddest is that the division and dishonesty, the disregard for the truth — heck, the disregard for reality — seep from the top down throughout our culture. When our public discourse is so belligerent, our national conversation a screaming match, it infects all of us. Try

teaching young adolescents that bullying is unacceptable when being a bully can get you into the White House. At the moment, the micro-community where I live is riven by a local policy discussion in which the tone is so emotional, so imbued with us-versus-them vehemence, that there seems to be almost no chance of discussing the issue rationally, on its merits. It is truly dispiriting to witness people who have been close neighbors for years erupt into booing and catcalling each other in a meeting.

So whaddaya gonna do about it? Hand-wringing only makes your wrists hurt. 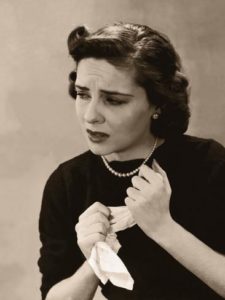 Call me a Pollyanna, but I believe that especially in times like these, how we comport ourselves is critical. It has always been important to treat other people with civility; now it is crucial. There is so very much that we cannot control, but we do get to choose our own responses. Every day brings us opportunities to do things like:

How about we each extend a warm invitation to Norm and Ruth to rejoin us? Don’t you miss them? I sure do.

I do love hearing from you! How do you keep your sanity and find harmony these days?