So the unthinkable has become manifest, and we are all, willing or unwilling, live

audience members for the macabre national reality show wherein the evil clown has gained transcendence over what was once the party of Lincoln. We grow used to looking on aghast as DC insiders fork over their last, rare, hoarded coins of integrity in hopes of securing a position on the circus train. We carry on as we are obliged to with our daily lives, keeping our collective chin up, cracking jokes, telling each other it’s going to be an interesting seven months until the election. We hope for the best and privately dread what may come, worrying that we are being swept up in history’s malevolent whirlwind with far less to say than we’d like to admit about where the gale takes us.

I have resisted writing about the presidential campaign, figuring that there are plenty of others more qualified and more temperamentally suited to opine on the topic. But as of last week, I can no longer ignore the trumpeting elephant in the living room (and I do not apologize for the painful pun. These are painful times we live in, my friends).

It’s tough to refrain from indulging in outrage, and outrage is hardly inappropriate here. But it’s not very helpful. Not when we all have to figure out a way to live with the realization that Donald Trump is an actual contender for the presidency of the United States. It’s no longer a joke; it’s a real possibility that the man could end up in the center of the tent, ringleader of the Make America Great Again-est Show On Earth.

As I said, I’m leaving it to others to hold forth on the political, historical, and social implications. What I keep wondering is, what is going on with the American experiment? What does it mean for the human experiment in general? And how can we as individuals best conduct ourselves so the circus doesn’t run away with us?

The extraordinary conflation of remarkable conditions and remarkable individuals who gave voice to remarkable ideas at our nation’s infancy surely represents one of the brighter spots along humanity’s path. What is the cause of that light’s flickering and dimming, to the point where enough of us have so lost faith, or lost touch, that we are willing to promote a gleefully irresponsible showman with no apparent fealty to anything or anyone other than himself to the most critical job in the world? Did we go terribly wrong somewhere, or are we just up against the limits of our puny human nature?

Zooming in deeper, let’s get spiritual. I am one of those who find resonance with the idea that “there is only one of us here,” that we are, at some deeper level of reality, all part of a whole, all in fact extensions of the same fundamental something. Meaning that we are not only all connected, we are of the same essential nature, literally part and particle of one another.

So, like, dig this: I am you and you are me and we are all together, and yep, I am the walrus and all that. And I am Pope Francis and Beyoncé and the nice lady who makes those wonderful tamales at Christmas. And so are you. But we are also . . . Donald Trump. Yes, him and everyone else you or I may find objectionable, hateful, dangerous. Cosmically speaking, we’re all in this together, we are all this together, like it or not.

Damn. What to do with that? Denial won’t help. Projecting our ugly parts onto 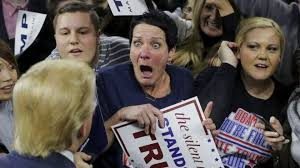 someone else won’t help either: that’s what leads to Trump supporters acting like, well, Trump supporters. I suggest a better strategy is to own your inner The Donald and marshal that energy to the fulfillment of your full nature. Use the force, Luke.

Here’s a thought, writers. The next time you find yourself discouraged by a cold rejection or a harsh critique, or the next time a reviewer or editor or agent rains on your parade — don’t take it on. Refuse to let your creative spirit be bankrupted. Call on your inner Trump and kick those protesters to the curb! Build your wall and guard your empire against those who would tear you down.

OK, maybe it’s a weird metaphor, but personally it’s a relief to discover one positive use for all the Trumpish energy surrounding us. 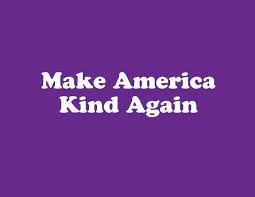 Since it appears we have to live with Trump, internally as well as externally, since he is an unavoidable fact, we may as well make him work for us on some level, right? Until, that is, we can finally tell him, “You’re fired.”