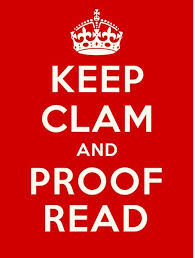 There are way more than three reasons, of course. But the following three are enough to point out why you must proofread — everything, every time, and more than once.

REASON ONE: Avoid Unnecessary Expense, Not To Mention Professional Embarrassment.

So here I am, preparing to go to my very first grown-up writing conference. Excited, I ask my beloved husband to design new business cards for me. He’s really good at that kind of thing (he’s really good at a lot of things, which I appreciate because it allows me to be minimally competent at day-to-day living and still bumble along just fine, daydreaming about the next writing session). So he put together an image based on my not-very-clear input, and I quite liked it. Trusting him as I do, I gave the file image a once-over before it went off to the 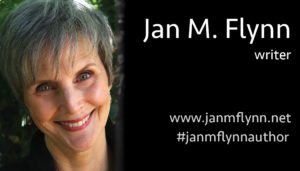 printers. I picked up my new cards four days later, exclaimed over how nice the sample on the top of the box looked, and took them home. Then I looked at them again. Notice anything wrong?

My beloved husband, while multi-talented, is not much into Twitter. Alas, a # is not a @ and never will be. So the image file had to be redone and go back to the printers with a rush order. Embarrassing, expensive — and guilt-inducing, since BH (Beloved Husband) hadn’t kept the original file because yours truly assured him there was no need to, which meant he had to do the whole damned thing over. And now I’m hoping the revised cards arrive in time.  Learn from my mistake and I’ll feel better.

REASON TWO: What You Just Wrote Might Not Mean What You Meant.

Thanks to the whims of auto-correct, there are whole websites devoted to voice-to-text messages gone bad. I trust that

you, dear reader, would never consider voicing a text to anyone under any circumstances without reviewing it before you hit “send”, if its reception could in any way mortify you. Examples abound.

But while voice texting points to the need to be ever-vigilant about any of our recorded communication, I don’t put it in the same category as writing which, as much as I love it, is full of peril. It’s not just spelling something wrong or forgetting a comma that can lead to disaster. I must thank the generous Dr. Pinsky of the University of South Florida for sharing his galleries of  bungled statements gleaned from his students’ papers (all posted without identifying the authors). A stroll through his website is both amusing and a worthwhile object lesson in the importance of taking the time to double check. A few of my favorites:

“He suffered from alcoholism and anger issues.  I think caused by his alcohol use.”

“Voltaire believed the people did not realize the lack of knowledge they had when it came to knowing what ignorance was.”

“God’s thing will always be unknown to man kind.”

I allow you a moment of silent conjecture.

Moving on, the point is that it is critical to step away from your writing, if only briefly, and regard it with fresh eyes. Far better is to have someone else look at it, although that’s not a good choice if you’re taking an essay test. I strongly recommend reading your draft aloud to yourself; your ears will help your eyes guide you back into safe waters. For the aforementioned test scenario, mouth-reading is a good substitute, plus it will lull the students near you into letting their guard down since you are clearly demonstrating they don’t have much to worry about competition-wise, thereby encouraging the grading curve in a favorable direction.

REASON THREE: Spelling and Grammar Check Will Not Save You.

It certainly doesn’t hurt to run your document through your word processing program’s algorithm for spelling and grammar, but don’t expect too much. It can’t distinguish between homonyms, it has a plodding (and sometimes wrong) grasp on grammar and it’s hopeless at spotting misplaced modifiers. I once heard a news radio announcer — whose copywriter, I suspect, had been in a hurry — explain in deeply serious tones that a certain political figure had been charged with inappropriate conduct: “among other allegations, staff members accused him of holding a meeting in his underwear.”

That was either a very small meeting or very large underwear.

Rage against the machine if you must, but your writing demands human eyes, ears, and brain power. Good taste doesn’t hurt either.

And here I must pay homage to the anonymous author of this oft-quoted rhyme, “Ode to My Spell Checker” —

Eye halve a spelling checker
It came with my pea sea.
It plainly marks four my revue miss steaks eye kin knot sea.
Eye strike a quay and type a word and weight for it to say
Weather eye yam wrong oar write.
It shows me strait a weigh as soon as a mist ache is maid.
It nose bee fore two long and eye can put the error rite.
Its rare lea ever wrong.
Eye have run this poem threw it,
I am shore your pleased to no.
Its letter perfect awl the way.
My checker told me sew.

Proofread, my friends, proofread. And not just once. If you’re writing something of critical importance — a thesis, a book manuscript, an article for a prominent magazine — hire an editor first and then another professional to comb through your draft for those pesky errors that can evade your detection. It’s worth it in the long run.

If they arrive in time, the business cards I will distribute at the conference will look like this:

Looks correct to me. If I’ve misspelled “writer” or “author”, well then I’m threw.

And you, dear reader? Do you have examples of writing gone bad? Willing to share?