Actually, I know when it started. I began my long-anticipated winter break, one of the primo perks of a job in education, on December 19. On December 20, my nose launched its campaign of germ warfare. 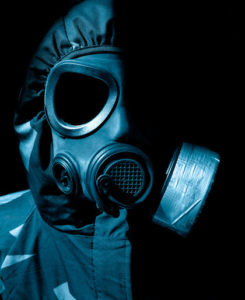 Its initial attacks were carried out with subtle malevolence: a slight sore throat, faintly itchy eyes, a certain sense of fatigue that a 19th century novelist might refer to as lassitude. Nothing I couldn’t discount. Nothing I couldn’t hope to overcome with oceans of clear liquids and megadoses of vitamin C while I continued preparations for our holiday travel. Which I did with determined cheerfulness, because positive thinking and all that. 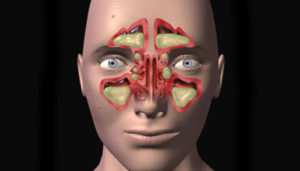 myself for our drive from Napa Valley to Idaho, it was undeniable: my nose had launched an all-out offensive. For about 15 minutes, my husband and I considered staying home. But it would be snowing the next day along our chosen route, and it was going to be another six months before we’d get to see our Boise-based family, whom we miss ever so much since moving back to NorCal five years ago. And five of our Idaho clan are school-aged kids, which means at no point ever in any winter in the past decade have the entire group been virus-free, meaning I wasn’t doing the Typhoid Mary thing by showing up with the sniffles. Trust me, I checked.

So I rallied. My husband, eminently patient and long-suffering, 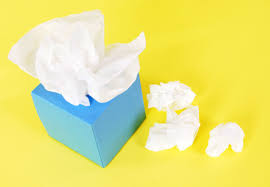 did all the driving. Eleven hours, an entire box of Kleenex and a new battery later (a story for another time), we arrived at my sister-in-law’s lovely home near Eagle, Idaho, where I was immediately assigned to a room of my own, dosed with tea and brandy, and sent to bed.

Where I stayed pretty much the entire time, except for a few brief appearances on Christmas Eve and the evening of Christmas itself. On December 26, I was bundled back into the car so my poor husband could drive the entire way back home.

By that time my fever had abated, but my nose had recruited my bronchial passages in a series of guerrilla maneuvers manifesting as a hacking cough that had me sequestered in our spare room for the rest of the week. The days stretched on, my winter break evaporating like Vick’s mentholated mist as I kept expecting to get better. Meanwhile we canceled the additional travel we’d planned for New Year’s and I settled down with Netflix and shots of Nyquil. 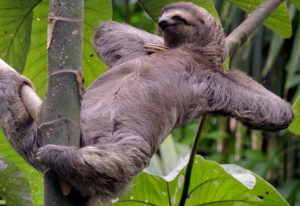 though someone extruded the contents of a caulking gun into my sinuses. I can breathe, mostly, and I cough only rarely, but my energy level is still that of a three-toed sloth on muscle relaxants.

I ask you, is this any way to start a new year? And what have I ever done to my nose to deserve this? Apart from allowing it to get horribly sunburned several times in my feckless youth, and wishing it were a different shape during the same silly period of my life, I mean. If that’s the substance of my nose’s grudge against me, I say it’s time to let it go. 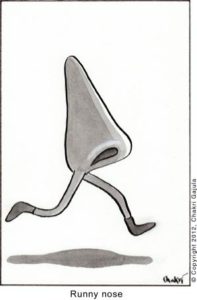 Literally, nose. Let it go. Release all that negativity you’ve got stuffed away so we can move on. I’ve got plenty of Kleenex. Although I’m pretty sure you’ll be AOK come Monday. When I have to go back to work.

How is your new year starting out? With abundant health, I do hope!