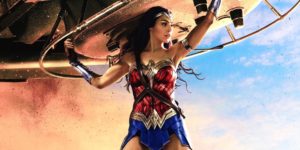 My husband and I just saw Wonder Woman at our little local gem of a movie theater in St. Helena, Cameo Cinema, And this might be my shortest blog post ever, but having seen the film I just have to take some kind of action.

Like, if I could cross my burnished gauntlets and propel you to the theater to see it yourself, if you haven’t already, I would do that. If I had a glowing lasso, I would rope you into a front row seat.

And you would thank me.

It’s not often that a big summer blockbuster movie not only lives up to its hype but exceeds it. Only once in awhile, if you’re over the age of 10,  do you come out of a movie theater feeling not just elated, but better about humanity in general.

I’m not going to launch into a full review of the movie, because you can read those elsewhere and I’m still too much in the throes of enraptured fandom to apply analysis to the experience. Suffice it to say that the film nails it on all the elements — cast (Gail Godot, WOW; Chris Pine, perfect; and everybody else, top notch), special effects, script, direction, you name it. Unlike so many big-kapow summer movies, Wonder Woman places all the jaw-dropping effects and gorgeous visuals in service to the story. Not only that, but the film has depth and heart and intelligence and the very best, most clear-eyed sense of hope.

But the aspect of the movie that made both me and my husband misty-eyed at several points was this: little girls, from now on, will have this story and these images to feed their sense of who they are. A strong, empathic, intelligent being who values life and love. An entity who is willing to push past the illusions of her limitations and do whatever it takes to do the right thing. A woman who is truly full of wonder.

Wonder what life would have been like if I and my female compatriots had had this going for us. I’m of an age where as a kid I heartily resented but saw no way around the “you’re just a girl” admonition that I heard all the time, directly while on the playground and more subtly, but more powerfully, in the workplace. 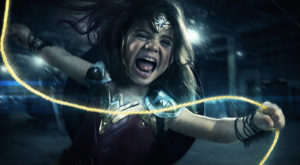 This movie is more than a rollicking good time at the flicks. It’s a powerful antidote to the messages of the toxic patriarchy that currently has my beloved country in its grip.

I’m not even kidding. Go see it. 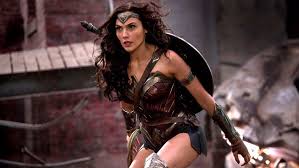 And let me know what you think!