You know those hard-to-resist online tests that purport to uncover something about you? Like, what your first name says about you or who you were in a past life or whether you should be eating like a hunter-gatherer or a farmer?

There’s one quiz you don’t need to take, because you already know. 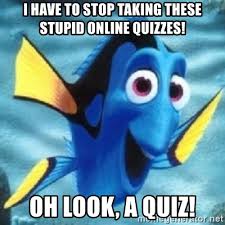 I’m referring here to your chronotype. Yes, you have one. Basically, it refers to where you fall on the lark-to-night owl scale, or your characteristic degree of morningness or eveningness. And no, I did not just make up those terms; you can tell, because I imbued them with hyperlinks.

My point is, assuming you are over the age of two, you are already very clear as to whether you’re a morning person who rises happily at the crack of dawn, or an owl with the bedclothes pulled over your face, repressing dark thoughts as your larkish significant other chirps and flits into the morning. 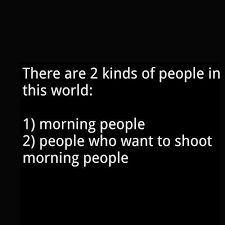 Having devoted over fifteen minutes to research on this topic, I can tell you  that your chances of being an extreme lark or owl are fairly slim. Studies show (trust me on this, or click here if you want to fact-check me — what are you, a morning person?) that only about 10 per cent of us are either very much eveningy or morningy, and yes I did just make those terms up but they do seem to fit, don’t they? The remaining 80% of us fall somewhere on a continuum. But there are lots of us who are obliged by our work and family obligations to adopt a schedule that is less than optimal for our chronotype, thereby making us “functional” night owls or early birds.

Maybe you’re an emergency room nurse who pulls the night shift, even though by nature you’d be up at zero-dark-thirty getting ready to run five or ten miles. Somewhat more statistically likely is that you wish you could sleep in, and you only go to bed before midnight because you don’t want to be a zombie at the office.

I am a confirmed functional lark: that is, I am not by nature a morning person, but I have a morning life. Even as a little kid, I struggled to drag my groggy wee self out of my warm bed and get dressed in time to attend kindergarten. My bedtime meant that I spent the first few hours repeatedly getting up for drinks of water or trips to the bathroom, or discovering something urgent I needed to share with my weary parents.

If you occupy the same rung on the owl-to-lark ladder as me, the rest is likely to be familiar: the years of school that started well before my brain did; the happy respite of college, in which I was able to game the system so as to be up until the wee hours because I made sure I didn’t have classes until noon; the aftershock of a real job in which I was expected to arrive in top form before 8AM; the tectonic shift of young motherhood, in which the boundaries between night and morning were effectively erased because my firstborn was just as hapless at sleeping through the night as I had been. And then years of both parenting and working a day job. 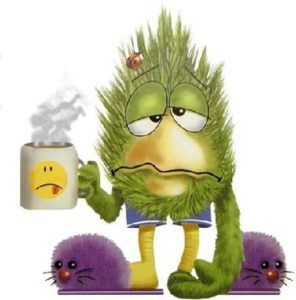 As with at least a third of the American adult population, I got through that chronically sleep-deprived era with a mixture of determination and caffeine. At some point, I made grudging peace with morning, but it was a very long time before I learned to relish it.

Now that I have, I rather wish I’d caught on earlier, no pun intended. As with most things we resist in life, the trick to it was to understand that there is no trick to it. It was a stupid fight to begin with: no matter how much I griped, morning arrived every day anyway. And staying up too late in revolt or hitting the snooze button repeatedly only made things worse. 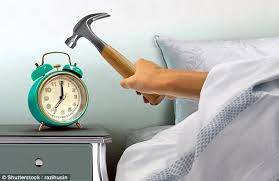 The counterintuitive but powerful first step to getting up early is to get up even earlier. I know, my owl friend, this is hard to hear. But it’s actually self-compassion in operation. You need time to get your mind and body in gear, to embrace the day. These days, I have to be at work at 7:30AM. I have a commute that takes seven minutes on a bad day. And I get up at 5:20. I’ve learned that I need a full two hours to do the things I need to do to embrace the day ahead. 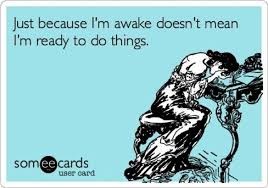 The second step is to find a ritual that is energizing but enjoyable. I have lark friends who love nothing better than to jump into a chilly pool and swim a mile or two before the stars fade in the sky, or who dash off along the dark streets with a headlamp affixed to their foreheads. If I did that, I’d be proud of myself. But grumpy. And I would regard the next morning with dread.

What works for me is a twenty minute session of yoga while still in my pj’s, followed by another twenty 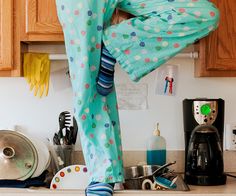 minutes of seated meditation. I know I don’t have the bandwidth at that hour to do it all on my own, lest I fall back to sleep in savasana or while I’m supposed to be watching my breaths. So I rely on online videos. There are lots and lots of them to explore, both for yoga and meditation, many of them free. I’ve included a few links at the end of this post in case you want to give them a whirl. After I’ve showered and dressed, I have another twenty minutes to savor a cup of coffee and write, or at least do something writing-related.

At 7:20, I get my stuff, kiss my sleeping husband (an actor, for whom morning is a daily assault), and head out into the day feeling light-hearted and ready for more. On my way to work, I often spot turkey vultures perched in the vineyards. Sometimes they sit motionless, their wings outstretched, taking in the sun’s first rays, giving themselves time to warm up to the new day. 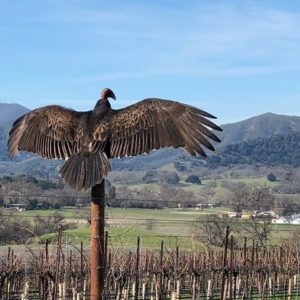 Maybe I’m neither a lark nor an owl. Would it create the wrong impression if I described myself as a vulture?

If, like me, you could use a little help in the morning, I recommend:

The Mindful Movement: 20 Minute Mindfulness Meditation for Being Present

Guided Meditation: Connecting to the Calm Within (Diane Yeo) – soundtrack only

And have a wonderful day.