I’ll get back to my regular Tuesday blog update on, well, Tuesday. But I can’t let today pass without comment. Today marks the 101st anniversary of the Armenian Genocide, the first holocaust of the 20th Century.

Chances are, if you’re not Armenian or don’t have Armenian friends or relatives-by-marriage, you’re only dimly aware of this chapter in history. If you are of Armenian descent, the certainty is that your family bears its scars.

Back in the mid-70’s when I met my first husband, whose parents were both first-generation American Armenians, I’d never heard of the systematic deportation and slaughter of the Armenian population of Ottoman Turkey in the first quarter of the 20th Century. And I was considered well-educated.

It took me living in that family for years, hearing their stories, realizing how truncated their history was and how grievously reduced were their numbers by the events of 1915. In 1980, my husband and I sat down with his grandmother and a tape recorder one night a week for six weeks, listening to her stories of her girlhood in what is now eastern Turkey and the eruption of violence that shattered her existence. One of the lucky few to escape the death marches that sent so many of her relatives and friends to their deaths, she went  into exile, fleeing across Russia and Asia until she made it to America with the remnants of her family . Hearing her story and transcribing it for the family was a powerful, sobering experience. Why didn’t I know about this, I kept thinking.

At the beginning of World War I, two million Armenians lived within the borders of the crumbling Ottoman Empire. By the end of the war, there were less than a half million. Definite numbers are difficult to come by and are perpetually in dispute, but most authorities peg the death toll at somewhere around 1.5 million.

So many of us know next to nothing about it. It sure wasn’t in the history text books when I was in high school, and if it is now, I doubt it’s more than a footnote. If I’m wrong about that, please let me know.

In Turkey, you can still get in big trouble for referring to what happened in 1915 as genocide. Their touchiness on the subject has dark and wide-ranging effects: President Obama failed once again to live up to a fervent campaign promise when his speech on Armenian Remembrance Day decried the “mass atrocity” but fell short of using the G-word. Offending Turkey, which hosts vital US Air Force bases, apparently isn’t worth the risk.

Why is this a big deal? In the dizzying swirl of horrific events
that plague our globe right now, today, where is the need to loop back over a hundred years to focus on a dismal episode somewhere in Asia Minor? Why get so hung up on a word? The world has moved on.

It’s a big deal because it amounts to denial. And there is no true 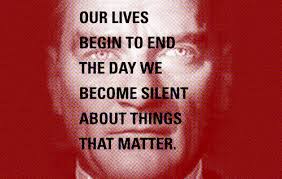 moving on from something that remains unacknowledged. Most of us agree that Holocaust deniers are wrong-headed and wrong-hearted, pushing a basically hostile agenda to rob the modern world of its own history. Sweeping the Armenian Genocide under the rug or minimizing it in any way is no different.

The point isn’t to assign blame or vilify, nor is it to engender useless guilt. The point is reconciliation. The point is to grow the human spirit to the extent that these episodes do not keep repeating, as they still do today. The point is to tell the stories, to keep the memory alive.

Here’s where writing comes in. There exist searing first-person survivor accounts of the Armenian Genocide, some so horrific as to be simply too difficult to take in on an emotional level no matter their authenticity. There have been some wonderful novels — The Sandcastle Girls by Peter Balakian, Rise the Euphrates by Carol Egarian — that bring home the horror and generational wounds, as well as the resilience of those who survived and the spirit of those who did not. But not enough. Not by a long shot.

It has taken me a very long time to get to it, but I have at last taken up the task that has been waiting for me since 1980: to retell the story we recorded way back then, in story form. The Moon Ran After Her, a novel, is in its early draft stage, currently in the hands of generous beta readers, and my hope is that it will one day add to a widening current of stories about this chapter in history.

Whether the story I have to tell has any effect or not, this much I’m sure of: we cannot afford to forget.