Over dinner last week, my husband asked me if I’d heard about the raging global controversy over a white girl in Utah who wore a qipao — one of those slinky, body-hugging Chinese dresses popularized here in the 1940’s — to her prom. Kezia Daum posted some of her prom photos on social media, thus sparking a firestorm of outrage. “My culture is not your prom dress,” tweeted the most viral of her critics, and the public shrilling took off from there. “Cultural appropriation!” raged the offended. “Cultural appreciation!” retorted the defenders. Hearing this, I nearly choked on my burrito.

In the following days there has been much written and posted and meme’d on the incident, some of it thoughtful and some of it simply nasty. Articles such as the one posted on May 9 by Erin Chew on her site YOMYOMF (You Offend Me You Offend My Family) seem to magnify the anger to near-hysteria and assure readers that there is pretty much nothing Ms. Daum could possibly do to assuage the outrage, even if she were to conduct something like a social media Walk of Atonement, which she so far has refused to do. 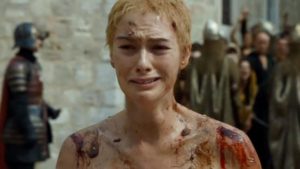 Others, notably Anna Chen in The Guardian, think the umbrage is misplaced. “Minorities face real problems in the US. What a waste of energy to harangue a teenager for wearing a Chinese dress,” she writes. Moreover, she notes, “When cultures meet and mingle, they inform and enrich each other. I can wear tartan, wear pyjamas, knock up a curry . . . Does this make me a cultural appropriator?”

I mean, following the logic of the offended, should I even have been eating that burrito?

I’m of Northern European ancestry, so I’m not sure if I even possess any culture that could be said to have been appropriated. Unless the bit of me that’s Irish wanted to take offense at other ethnicities wearing silly leprechaun hats and drinking green beer on St. Patrick’s Day. This is not to say that cultural insensitivity isn’t a problem; for instance, I am glad to see American sports teams at last shedding their tone-deaf rip-offs of Native American emblems.

But there is a big difference between appropriation and celebration. If we were all to stay within our own cultural boundaries, where would that lead? How far back would we have to go to achieve cultural purity? And doesn’t that very idea give you a chill? 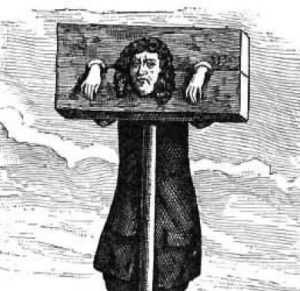 Full confession: when it comes to cultural appropriation, I am guilty. Indeed, I am an appropriator of the lowest order. I am a white woman who has a Buddha statue in my garden and a dancing Shiva figurine on my mantel. I say “Namaste,” at the end of yoga class, although I am not a native Sanskrit speaker. Last night I had paella for dinner, although I am not Spanish, and neither is my friend who did the cooking. 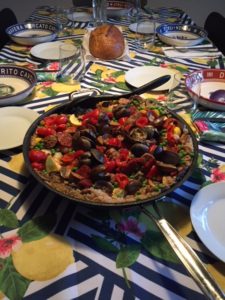 These, however, are trifles compared to my main offense. At my wedding in 2003 — a second wedding for me, having been previously widowed — I thought it silly for me, a lady of a certain age with grown children, to appear in a white bridal dress. So I had a gown made, one that appealed to me because its design combined what I saw as gracefulness and glamour as well as lineage. Yes, dear reader, I wore a qipao — or at least, a highly qipao-inspired design. Mine was sleeveless. Which would probably get me into even more hot water with the culture police.

But wait, there is worse. The fabric for my dress came from, dare I say it, a vintage Indian wedding sari.

So there you have it. I appropriated not one but two ancient cultures. Strangely, none of the guests registered any objection, even those of Asian or East Asian descent. Maybe they were just being polite.

I still love that dress. And fifteen years later, it still fits.

So what’s your take on this? Did I honor borrowed traditions, or am I guilty of crass, colonial, culture crime? Please share your comments!