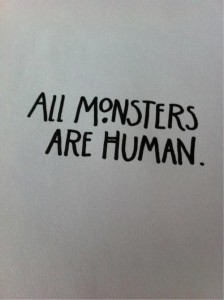 How do we cope with evil on a grand scale? And as writers, how do we portray it in such a way as to offer our readers something worthwhile and illuminating?

As adults in the 21st century, we have to compartmentalize the reality that somewhere, some group is most likely carrying out a horrific act upon innocents at the same time as we’re driving the kids to school or weeding through our email. The past week has been especially brutal: at least 72 dead and over 300 injured, many of them women and children, when yet another suicidal fanatic detonated himself, this time at an amusement park in Lahore, Pakistan in the early evening of Easter Sunday. A faction of the Taliban has claimed responsibility, but it remains to be confirmed whether or not they deserve the “credit.”

This, as we’re still reeling from the attacks carried out by Islamic State in Brussels on March 22. 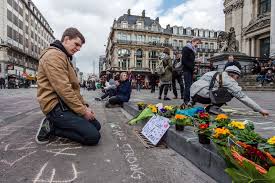 And these two incidents are just the ones that caught the attention of major US news outlets. A quick visit to Wikipedia’s current List of Terrorist Incidents reveals that in the same week there were another three suicide bombings and two car bombings, as well as 18 other incidents the site qualifies as terror attacks: bombings, shootings, melee attacks or assassinations.

The vast majority of the attacks listed on the site have occurred in the Middle East, Afghanistan, or Africa, which may explain the West’s lack of attention to them as opposed to our collective shock and outrage when death and destruction are meted out on a place that feels much more like home, such as Paris or Brussels. 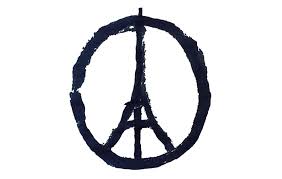 There are darker aspects to our reactions beyond simple compassion fatigue, wherein even the most well-intentioned of us simply shut down in the face of the constant barrage of dismal news, especially about people and places we feel disconnected from. It’s as though we can safely distance ourselves from the suffering of people who differ significantly from us in location, culture, appearance, race, or belief.

More troubling to me, as both a writer and a human being, is how we think about those who perpetrate these horrors. It is so tempting to discount them as monsters. They are nothing like us; their actions proclaim them as beings whose radical ideology has rendered them into something less than us, something Other. As though they don’t roll out of bed in the morning, pull on their clothes, and contend with the same hungers and needs and wants we all do. As though they didn’t start life as helpless infants just like the rest of us, just like our own children.

It is equally tempting to simply categorize them as evil, in the grip of a malevolent outside force they have, for one reason or another, aligned with or succumbed to. When we do that, we similarly delete them from the ranks of fellow humans. They are villains, monsters, and no longer people.

I am not attempting to address here the nature of good and evil nor whether they exist as external forces. For the purposes of this post, I’m going to quote Luke Russell’s 2014 article in The Conversation, titled “Does Evil Exist, And If So, Are Some People Just Plain Evil?”:

Whatever the metric, there are unquestionably people — and groups of people, such as IS, Boko Haram, the Taliban — whose actions are destructive and malevolent, and who can be expected to do more of the same if given the chance. What to do about them without creating more of them in the process is one of the great dilemmas of our time, perhaps of all time. 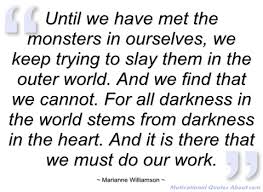 As thinking people and as writers, it is more troubling and more interesting to refuse to discount large-scale evildoers as monsters or cardboard villains. What leads a soccer-playing boy in a dusty village to grow up and strap on a vest full of explosives? What does he think about the laughing children and strolling parents who surround him in the balmy evening at the park, just before he hits the trigger?

How does one craft an antagonist as tragically implacable as Inspector Javert in Les Misérables or as haunting as Reinhold von Rumple, Anthony Doerr’s chilling Nazi sergeant in All The Light We Cannot See?

And especially, how does one write a believable villain who is bent on perpetrating a crime against humanity — or whatever portion of it the villain objects to?

In my work-in-progress novel, The Moon Ran After Her, I am confronted with how to portray those who carried out the atrocities visited on the Armenian population of the Ottoman Empire in the early part of the 20th century. From the chief architects of the genocide to individual soldiers and gendarmes who carried out their orders, I have individuals and groups to portray who do terrible things to defenseless people. It’s one of the most difficult challenges I’ve found in writing the book, and again and again I have to resist the simplicity of offering up a character who is just plain evil, a mustache-twirling bad guy. 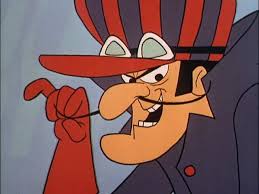 As a reader, what villains or antagonists have stayed with you, and what distinguishes them? If you’re a writer, what challenges do you find in creating believable, fully dimensional antagonists? Have you discovered any craft techniques for developing villains who are as unforgettable as your heroes?