This presidential election ain’t my first rodeo, but it’s a rodeo like no other. And 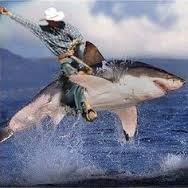 while I am as weary of the campaign as anyone, with November 8 coming at us like a runaway train, for the first time in my life I am doing more than wearing a button, writing a few letters, and showing up at the voting booth. It may be late in the game, but I’ve become a campaign volunteer.

For which candidate, you ask? Not the point (and I’m pretty sure you can figure it out anyway). The point is that, whatever we all wake up to as a nation on November 9, I want to feel as though I have done what I reasonably could. Because as jaded and sarcastic as I sometimes sound, especially when political passions are as amped-up and as hair-trigger sensitized as they currently are, despite the cynical tone I lapse into out of sheer exhaustion, the truth is I love this country. I’d like to grab it by the lapels and give it a good smack sometimes, but only because I care about it so deeply.

And so, once a week for the past two weeks and onward through the duration (I know, that’s not very long. But hey, I can only go forwards, right?) I am showing up at my chosen candidate’s local campaign nerve center to make phone calls. 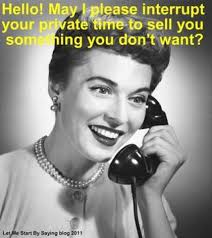 That’s right, phone calls. Those phone calls you get right at dinner time, or just as you’re trying to put the kids to bed. You pick up the phone and someone with an earnest voice mispronounces your name and asks how you’re doing this evening, and you feel your blood pressure take a tick upwards as you immediately grow wary and regret that you took the call.

I understand that it’s an invasion of your time at home, I really do. I promise I wouldn’t do it if I wasn’t convinced it was so very important; more important,
even, than your ability to get through your evening uninterrupted. If you’re supporting my candidate or even considering it (believe it or not, there are still lots of folks out there who have yet to make up their minds), then it’s just possible that a brief reminder from another private citizen like yourself, someone who is giving up their own evening to get in touch with you, will be what it takes to get you to overcome your distaste for the whole election melee and head to the polls. Or, if you’ve got a mail-in ballot, it may take a polite nudge from someone like me to get you to fill it out and send it in. 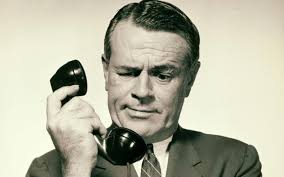 different choice. I am not asking you for money. I don’t want to take any more of your time than is necessary (although you may be one of those rare souls who feels the need to speak to me at length, in which case I will listen politely). If you sound frustrated or angry or downright rude, I will merely thank you for your time and end the call, and I won’t take it personally. I realize you’re under no obligation to talk to me and certainly not to agree with me.

But you and I are both citizens of this nation, both registered voters (at least if

the information on my phone list is correct), and we share a privilege and an
obligation: to man up — or woman up — and do the right thing. Vote.

But wait, there’s more. Next weekend, I am boarding a campaign bus to head into a neighboring state, one of the swing states, to pound the pavement and go door-to-door to get out the vote. I can only imagine the delight of the unsuspecting residents of whatever neighborhood I and my volunteer buddy land in as they open their door to a smiling duo of complete strangers. I imagine we will have to do some fast reassuring of folks that we’re not selling magazines or carpet cleaning or offering to save their souls. We just want them to get out there and vote.

And at the end of a long day, I will board the bus again for the three or four hour

ride home. There are people who are and have been doing so, so much more than me, people who have made hard choices and real sacrifices, and I’m talking about campaign volunteers here in the states, let alone the men and women of our military whose mission it is to see that we all maintain our right to participate in this democracy, as imperfect as it may be. My tiny efforts aren’t even a drop in the bucket. But hopefully, I’ll sleep a bit more peacefully knowing that I’ve done my wee bit. For me, for you, for all of us.

Because, whatever we face after the election, we’re all in it together.

How about you? How are you getting through this election with your sanity intact? Please comment and share! 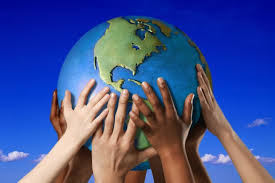