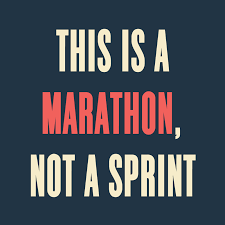 Last year, I was lucky enough to be one of the hundreds of thousands of people marching in Washington D.C. at the first Women’s March. It was an unforgettable day, an event so charged with positive energy and resolve that even I, a normally crowd-phobic type, found myself at times unable to move because of the press of bodies and yet all I felt was the goodwill. 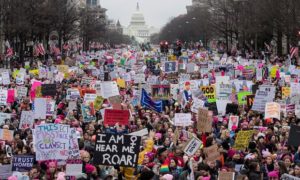 That day became a reservoir of perspective, one I drew from many, many times as the year unfolded in all its slings-and-arrows chaos. The memory of the March, the direct experience of being among that vast crowd — just one of many vast crowds across the  world — became like a vaccination against despair and helpless rage. Largely because of the March, I stayed engaged. I made the calls. I wrote the letters. I got on the buses. And I was able to remind myself, because I had seen it for myself, that I am part of the majority who voted against the aberrant administration of #45.

So while circumstances prevented me from traveling to one of the bigger cities for this year’s March, I wasn’t about to miss it. This year, I kept it local, marching in Napa, CA. And there it was again: the energy, the commitment, the righteous anger and the repudiation of hatred that filled the air last January. 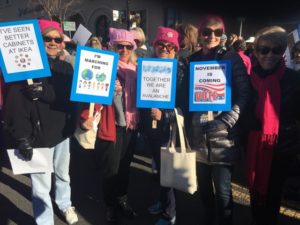 My Napa posse and me . . . signs by the indomitable Chris Killion, third from left 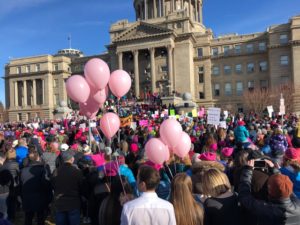 From my family in Boise, Idaho

Does marching change anything, really? This morning we have woken up to a government that is so dysfunctional it can’t keep itself open for business, even though the Republicans allegedly control the White House and both branches of Congress. We are still under the grip of a Toddler In Chief who, many of us fear, is so out of control and so driven by narcissism that he might just decide to prove to the world that indeed his button is bigger. Things are just as crazy as they were on Friday, and possibly crazier. What we did on Saturday makes no difference at all to #45. 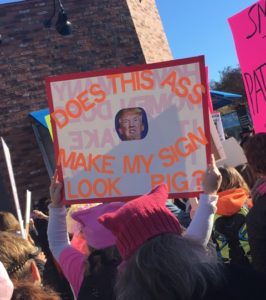 This year, much more than with the first Women’s March, the unstated but clearly shared realization is that getting the attention of the White House is beside the point. Our current leadership — an oxymoronic phrase if ever there was one — is incapable of seeing past its own, well, button. All we can expect from it is more of the same hapless surreality TV drama. 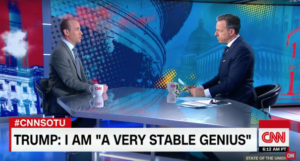 What marching does do is to energize all of us who participated, and all of us who couldn’t hit the streets but who watched or read about those who did, and felt themselves both lifted up and challenged to get moving. Marching shores up the girders beneath the bridge of hope, the one we’re building from our nightmare funhouse-mirror present to a future that reflects the values our nation was built on. Freedom, which requires responsibility. Democracy, which requires education. Tolerance, which requires inclusivity. And by God, justice for all. 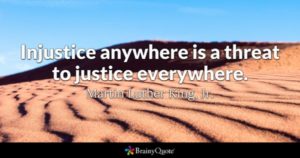 While the Women’s March may not get the attention of the White House and the cronies and oligarchs who flit in and out of its bubble like carrion crows, it won’t go unnoticed by candidates and campaign managers and pollsters and, really, anybody with a free-functioning brain. Up and down ballots all over the country, what we marched for yesterday will resound mightily come November. We are still here. We are still nasty. We are still making noise.

What gives you inspiration in these wild times? Please share, and agreement with my point of view is never required — only civility. Your comments make a difference to me!