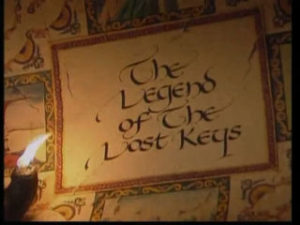 First, some words of self defense: it was a crazy day. Crazy good, but still. I had just finished working at the middle school, where it was presentation day for the Manifest Destiny project. An immersive educational adventure engineered by the eighth grade teachers.

, it involves students performing original plays,  a gallery of display boards, music, food. The whole thing takes all day, the kids are amped, the multi-purpose room practically vibrates with energy, and it’s terrific. But exhausting. At the 3:30 bell I zipped off to buy some fresh flowers before my house guest arrived. At our little town’s only major grocery store I parked the pickup truck and hurried in.  I don’t usually drive the truck, which is my husband’s and which is approaching vintage status (once my husband acquires something he values, he is loathe to relinquish it. Whether it’s a vehicle or an article of clothing, he sees no reason to jettison it just because it’s, well, old. As his wife, I shouldn’t complain). For reasons too tedious to go into, we’d traded cars for the day.He had driven mine to Berkeley wouldn’t be home until late. Though my car is nothing fancy (a Honda Accord), it’s six months old and has the bells and whistles I like: backup camera, GPS, Apple CarPlay. Also keyless ignition. I love keyless ignition: no more fumbling for my keys, because they’re always in my purse, right?

Except when they’re not. 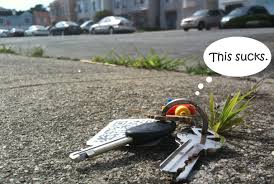 At the store, I found some lovely pink gladiolus and a bunch of daffodils, breezed through checkout, and headed for the door, fishing in my purse for my keys. 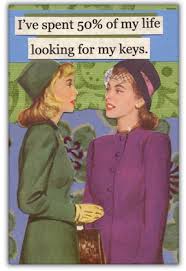 Really, not anywhere. I searched my pockets. I investigated every crevice of my purse. I looked in my shopping bag, even pawing through the flower stems. Nada. I retraced my steps, searching the floor, poking carefully into all the flower buckets I could perhaps have dropped them into. No good. Out in the parking lot, I peered with resignation into the truck’s thoroughly locked cab, wherein resided my raincoat and the tote in which I haul around my teaching stuff. And, presumably, my keys. I went back into the store to the customer service desk. Perhaps someone had turned them in? No, but the nice  lady said it was okay if I left the truck in their lot for the night and retrieved it the next morning. One of the charms of living in a small town. 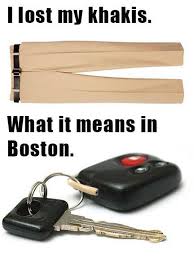 I walked the remaining mile home, clutching my bag of posies. My friend was due anytime after 4PM, and we were headed to a swanky costume party at six. The keys were a minor inconvenience.  I had a delightful evening to look forward to. 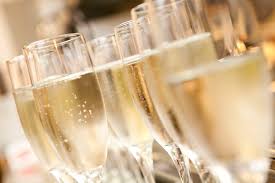 And what an evening it was. If you enjoy a compelling  tale set in a vividly rendered and expertly researched past, you should know about my friend Susan Shay. You should be waiting with baited breath for her Holy The Quest trilogy, about the lost years of the Shroud of Turin. She’s still at work on it, but as a privileged beta reader I can tell you it’s great stuff and I  wish somebody would hurry up and publish the first volume already. 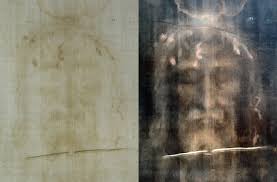 If describing someone as a medieval scholar does not make you think of them as a fun person, then you and Susan clearly have not met. She had a milestone birthday to celebrate, and when I say she did it in style, here’s what I’m talking about: she took over the entire Castello di Amorosa for the evening and threw a full-scale medieval banquet for her guests, all of whom came decked out in period attire. All the pageantry and romance of the Middle Ages, without the discomfort and bad teeth. There was music, there was a whole roasted pig, there was feasting such as medieval royalty could only dream of. Plus, champagne (not exactly period, but then neither was the indoor plumbing) and delicious wines. There were heartfelt testimonials, glorious surroundings, wonderful company and, after dinner, a performance by fire dancers. It was a magical evening, and one I won’t forget — or if I somehow do, I hope I’ve forgotten a lot of other things first.

My husband, home from rehearsal at last, played the role of Cinderella’s pumpkin. He picked my friend and I up in front of the drawbridge and ferried us home, two tired, giddy and slightly inebriated princesses in our velvets and braid. We’ll get your truck in the morning, we assured him, when we walk downtown for breakfast. No hurries, no worries.

The friend I refer to is Ana Manwaring, who is someone else you should know about if you appreciate gripping writing, or are in need of an ace editor, or if you’re looking for a writing teacher or coach. Besides being talented, she is also one of those individuals with a genius for connecting people in ways that make everybody’s lives richer. Plus, she is a good friend, as evidenced by the following morning. After breakfast, we strolled to the Safeway parking lot where the truck loyally waited. I opened it with the spare key, expecting to find my keys on the seat. Or in the cup holder. Or in my teaching bag. Or the back seat, or under the seats, or in any of the nooks and crannies or under something else or maybe on the ground underneath. But no. At home, we searched further. I emptied every pocket and fold of my bag and purse; ditto every pocket of every garment I’d worn. I called the store; no luck. I called the St. Helena police department, where the helpful person on the other end of the line logged in my information, expressed concern for me, and shortly afterwards called me back just to check if she had my details correct. Another way you know you’re not in the big city. 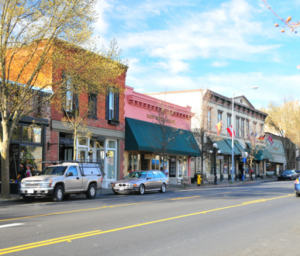 I had that feeling. You know the one; that steadily increasing mixture of  frustration and guilt that comes with losing something you really need and never think about until you don’t have it. I mused about what was on that key ring, besides the ignition fob which was going to cost a bloody fortune to replace. My house keys, of course. The second truck key. The keys to my post office box. Other stuff. Crap.

Ana had somewhere to be, but she wouldn’t abandon me to my quandary. “Let’s go back to Safeway,” she offered, and so we did, conducting a  hunt through the parking lot and retracing my steps through the store. One of my students from the day before discovered me pawing through buckets of flowers and cheerfully joined in the search until her dad appeared and pointed out he’d been waiting for her in the car (a responsible father, he knew where his keys were). Eventually Ana had to leave, while I stood in line at the customer service counter  because I was out of other ideas. 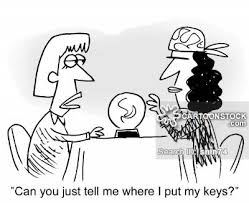 While I waited for the people in front of me to buy lottery tickets and return the wrong kind of bacon, I reflected upon how vulnerable a thing human happiness is. The sudden absence of the most quotidian of objects — a key, a phone, a credit card, a passport, any of those things that are so ordinary yet so crucial and so remarkably easy to misplace — can confound us. I recognized the full weight of my human frailty as I forecast the consequences of my carelessness. 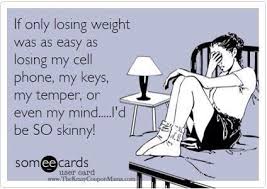 “Hi, I believe I spoke to you on the phone earlier,” I said when I approached the customer service lady. “I lost my keys here last night, and —”

“Oh, yes, I’m so sorry! They were under a bunch of paperwork when you called, I just didn’t see them. Are these the ones?”

Indeed they were. Just like that, the future I was projecting, filled with hassle and expense and an exasperated spouse, evaporated. I thanked the nice lady, and called Ana as well as my new friend at the police station (“Oh, that’s wonderful, ma’am, I’ll log that in.” Again, small town). At home, I put my keys on the hook where they belong, and I remembered to be grateful for great friends and great occasions and for small things too. Like keys. 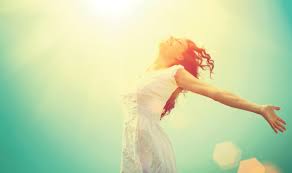 And you? How do you cope when you’ve misplaced something vital? Please comment; it’ll make me feel better!