I tend to stay away from the national policy realm on this blog, as it’s a dispiriting topic. Most of us are over-exposed to our toxic political climate as it is. But when we are confronted with large-scale, systematized child abuse being perpetrated in our name, it’s time to take action.

Families Belong Together is a protest taking place on June 30 in every state in the U.S. and in locations abroad including Canada, the U.K., France, and Germany (that’s right, the Germans are appalled at our current disregard for human rights, and correctly so). There are 628 marches taking place. I’ll be at one of them. I hope you will too.

Regardless of where you are on the left-to-right spectrum, I feel safe in assuming that you agree with me on this:  traumatizing already stricken children by forcibly removing them from their families is a bad thing. This is so clear to everyone but the White House and its minions that the decision to do so has now been reversed by executive order (an order issued by the executive who previously tweeted and bellowed and bloviated that there was nothing he could do, it was all the fault of Congress, but let’s not get into that).

But don’t let the apparent reversal calm you down, even a little bit. There are over 2,300 children who have already been seized and separated, some of them infants, many of them transported to locations thousands of miles from where they last saw their families. They languish in detention centers where the caretakers are not allowed to touch them, even to hold the little ones and offer what comfort they might. And there is no order or plan or campaign to reunite them with their frantic parents, who are themselves in custody.

It’s hard to put into words just how horrific this is, or just how much psychological devastation we are wreaking on these kids, psychic wounds that may never heal — even if we do figure out a way to get them back together with their families, a logistical nightmare given that in many cases the children are preverbal and their parents have no idea where they are. I suspect that you, like me, are in pain over this. You too are, to some degree, a recipient of the collective trauma.

I suggest you do what you can, for your own peace of mind as well as to add your voice and presence to the demand that we make this right, or as right as is humanly possible. Find a march near you. Wear white, the official color of the protest. If you can’t march, consider a donation. Spread the word.

What you do matters. What many of us do together, in unity, makes a difference. Hang onto that thought, and let it give you hope. 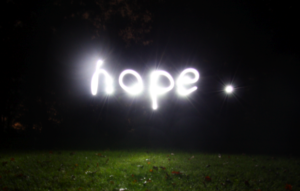