Do you remember 7th grade? I mean, in any detail? When I ask parents this question, their recollections tend to be cringeworthy. The time they got food stuck in their braces at the dance and sat outside the gym for the rest of the evening until their mom came to take them home. Their math teacher, Mr. Smith, who had a lisp and who they were sure hated them but, looking back, was only trying to do his job while they spent class passing notes to their friends (“Mithter Thmith thinkth math ith thuper!”) . Endless lunches spent in the library, hiding from the cadre of mean girls outside. Memories that provoke rueful laughter. 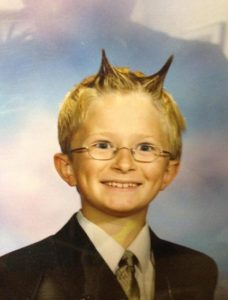 “Other than that,” the grownup will say, “Seventh grade is kind of a blur.”

As I’ve mentioned in previous posts, my day job is at a middle school. A lot of my time is spent calming the waters of seventh grade. The boys, like gangling, half-trained puppies, seem bent on dismantling things. 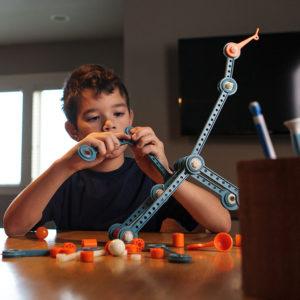 The seventh grade girls seem bent on dismantling each other.

No tragic opera, no epic saga, can match a tribe of girls this age for drama. The intense and shifting loyalties, the Byzantine allegiances, the betrayals, the psychological warfare would make a team of soap opera screenwriters go white-faced. It’s the primary reason most of us would not volunteer to repeat our seventh grade year, even if it meant we got to say goodbye to wrinkles and tax returns.

Now add smart phones and social media to the mix. The addictive toxicity of constant and often anonymous interaction is ever-present, despite our school’s policy of requiring that cell phones be turned off and stowed away during the school day. We are as vigilant as we can be, but the speed and dexterity of these kids when it comes to their phones is amazing. And even when not in use, their devices continue to pulse with allure. Between texting and Snapchat and Instagram and who knows what else, it’s a wonder the students absorb anything at all about the Roman empire or balancing equations.

Many of the kids manage through herculean effort to focus, despite the distractions and raging hormones and their bewildering new bodies. But some kids need more support. One of the methods we use at our school is a check-in system: a simple daily class-by-class scoring sheet that’s supposed to be initialed by each teacher, signed by a parent at night, and returned the next day. It’s not punitive and it really can help get a struggling student get back on track.

Assuming the kid remembers to do it. Since they’re already spaced out in class, this is a tall order.

Let’s take the example of a seventh grade girl — an amalgam we’ll call Desiree — whose grades are in the basement and therefore is currently on the check-in program. Desiree is a lovely girl, polite to adults, who comes to my office faithfully every morning to collect her form for the day.

And that’s the last I see of it. It has yet to appear again in my inbox, initialed and signed. Still, Desiree bounces in each morning, her hair shining, her long legs shrink-wrapped in shredded jeans, greeting me as she finds the form with her name on it. We strategize about how she might remember to get it filled out and signed this time. I express my faith that she can do it and she cheerfully agrees before bouncing back out to rejoin her waiting friends.

I have great affection for this girl, as I do all the students (Mostly. Most of the time. I’m only human). But who am I kidding? I’m trying to help bring her around academically, using encouragement and a yellow half-sheet form. Pretty feeble, in the face of the forces acting on Desiree. 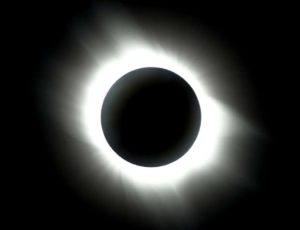 Because once Desiree leaves my office, she’s back in the seventh-grade maelstrom. Where there’s that boy she likes at the other table in the quad, the one who somebody said likes her back but he’s not looking at her and some girl from another town Snapchatted somebody else and said Desiree is a slut and a ho (I promise you, that’s mild; behind the veil of social media these kids use language that would make a sailor blush) and that’s probably why he won’t look at her and meanwhile some kids at the table behind her are taking a last look at their phones before the first period bell rings and they’re all, like, laughing and they’re looking at her, so she knows for sure they’re talking about her. So she gives that one girl a look, and texts somebody else about it, and then that one girl gives Desiree a look . . .

Remember how your mother could stop you in your tracks with nothing more than a withering expression? She learned that skill in seventh grade. 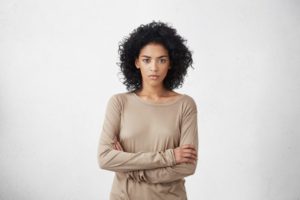 Anyway, so then Desiree’s best-friend-of-the-moment shows her an unflattering photo of Desiree that a fourth person, unnamed, sent out on Instagram, and Desiree and her BF are trying to figure out who sent it, but right then the bell rings so Desiree has to put away her phone and stalk off to class, about as likely to absorb a lesson on earth science as she is to sprout wings and fly to the moon.

This explains why most of us don’t remember much of seventh grade, even if we can  name all of our elementary teachers and our high school years are etched in our memories in brightly lit technicolor. Seventh grade is too confusing, too complicated, and so much of it is too painful. We went into it as children, bumped around in it for a year like rocks in a tumbler, and emerged as adolescents, with our parents blinking at us in disbelief. The changes at this age are that profound, and that fast.

No wonder Desiree has trouble remembering to get her form signed.

I do not give up hope. Seventh grade may be a blur, but it’s a critical growth phase, and anyone going through its twisting passages deserves compassion and the benefit of the doubt— and every so often, a stern talking-to. Eventually, in another three and a half months, which feels to these kids like another thousand years, seventh grade will come to an end.

And then things get really interesting. Three more years, and these kids will be asking for the car keys. Hang on for the ride. 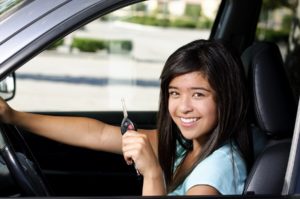 Do you remember seventh grade? Fondly, or otherwise?  Maybe you have a seventh grader at home even now. Please comment and share! 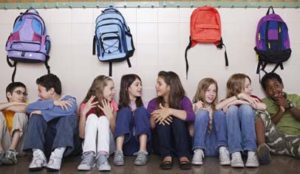