If you’ve paid even the most casual attention to the news this week, you’re aware

that the tension in the US is reaching a pitch. With the federal government hamstrung by the longest shutdown in its history, investigative reports revealing that not only were the Russians meddling in the 2016 campaign, the Current Occupant’s team — including the candidate himself — were actively, if not necessarily wittingly, helping them do it, and a string of increasingly unhinged tweets proceeding from the White House, it sure does feel as though things are coming to a head. We are indeed in crisis, but it’s not at our southern border.

It’s right here in the middle of us. As we check whatever media outlets we can

stomach, we steel ourselves for the next jaw-dropping, how-on-earth-did-we-get-here development. Meanwhile most of us, at least those of us who are still getting paid while on the job, mush on through our days with a smile on our faces but our nerves winding up like overtightened wires. Maybe we’ve gotten through the past two years pretending to be observers of a slow-motion train wreck. Now there’s no denying we’re on the train.

I work with middle school kids, an age group that is at once both phenomenally oblivious and exquisitely attuned to the pervasive emotional climate. On a conscious level, these kids may be preoccupied with keeping up on their Snapchat streaks or their current Fortnite status. But they are far from immune to the collective angst. And while they may appear to move through the world as though they exist in a parallel universe, one that intersects with the adult world only when food, money, or transportation is involved, in reality they constantly monitor their elders for emotional cues.

On January 11, the New York Times ran an op-ed piece by Michelle Goldberg, called “Is the President Making Middle School Worse?” In it Goldberg cites the findings of a survey developed by a team from the University of Virginia and led

by Dewey Cornell, a UVA professor of education. As in California, every other year tens of thousands of Virginal middle schoolers complete a detailed survey about their school’s emotional and social climate. Among other topics they’re asked a number of questions about bullying, drilling down into types (racial, sexual, etc.) and methods (verbal, physical, cyber). The two most recent such school climate surveys were done in 2015, the year before the election, and in 2017, the year following it, so the researchers realized they had the data to suss out whether the news stories about increasing bullying after the election were supported by the evidence.

The results will surprise no one who works with middle schoolers. It turns out that middle school bullying, primarily race-based but to a lesser extent targeting sexual orientation, had indeed increased in those two years. But not everywhere in Virginia. In some areas, it had actually decreased. It depended on whether a particular region had primarily supported the Current Occupant. This was the case even when adjusting for factors like parental education or socioeconomic status. Regions that had gone for Trump saw an 18% increase in middle school bullying over their non-Trump-supporting counterparts. 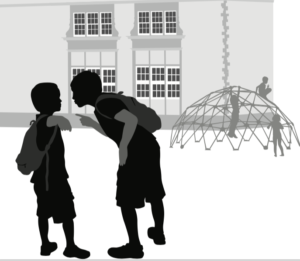 The school where I work is located in a strongly Democratic-leaning area of California, in a county that is as protective of its immigrant residents. By California standards, our small town is not particularly diverse: about half of our students are Hispanic, the other half mostly Caucasian. With a student body of under 300, a progressive school district and highly supportive parents, we’re able to devote considerable time and resources to cultivating a positive, inclusive school culture.

And yet. While I have no data to support it, in the past couple of years I have noticed a growing sense of dislocation among our students. Kids have been capable of being mean as long as there have been kids, but lately there is a certain quality creeping into their meanness, one that carries with it an attitude of I-win-because-you-lose. It has the unpleasant taint of imitation.

Popular culture didn’t turn nasty all at once with the presidential election, of course. It’s been devolving in that direction for years. But when crude and bellicose behavior is spewed at us every day from the highest level of our government, it has a toxic effect. It poisons the societal 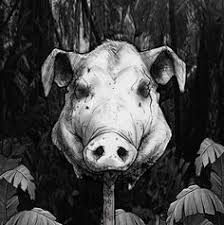 well. And no age group is more vulnerable to the contamination than young adolescents, absorbed as they are in the bewildering process of fledging from the family nest. Friends and cliques and tribes become urgently important, so much so that a kid at this age may be willing to say and do things just to fit in, things they wouldn’t have countenanced even a year before. As Goldberg points out in her essay, “The older kids in Lord of the Flies were middle-school aged.”

Composure and civility, especially in the presence of conflict, is not merely a matter of good manners. It’s the root of civilization. As grownups, we have an obligation to behave well, even when we’re challenged, even when we’re upset or offended. That duty is perhaps more important now than it was ten or twenty years ago. When the leader of our country lies with impunity, denigrates not only his opponents but whole institutions (like the press) as well as categories of people by using terms that descend to the level of puerile name-calling — you can see I’m growing breathless here — and when he erupts into tantrums at the slightest suggestion he should take responsibility for any of it, our youth feel even more unmoored than we do. They know something is desperately out of whack. We know they are in desperate need of adult role models. And by that I mean people who are able to conduct themselves like mature individuals even when tempted to do otherwise. 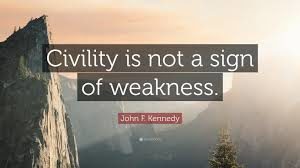 You and I may not be driving the train, but how we conduct ourselves while we’re its passengers may be our best shot at getting it back on the rails. The kids are counting on us.