As I write this my Napa Valley town, like a huge swath of California,is under a pall of smoke 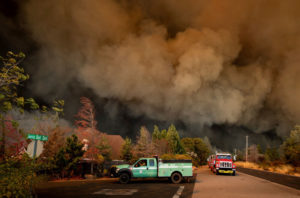 from the current plague of wildfires. The sunlight is tinged with an otherworldly amber glow. The air, when we venture outside, smells acrid and ashen. Down south in Thousand Oaks there has been another mass shooting, and we now have families who have personally been through two such horrors within the past thirteen months. We are gripped in a kind of collective PTSD.

Meanwhile our President, who pointed out that the fires are California’s  fault “all because of gross mismanagement of the forests” and threatened to withdraw “Fed payments” from the state, took himself off to Europe to observe the 100th anniversary of Armistice Day.

He was supposed to attend a remembrance ceremony at the cemetery in Aisne-Marne, where the Marines helped the French save Paris from the German advance.  But it was raining, so he canceled. Who could have expected rain in Northern Europe in November?  It’s not like the 1,800 Americans who died fighting in the Battle of Belleau Wood had to put up with that kind of hardship. It’s true that Justin Trudeau, Emmanuel Macron, and Angela Merkel managed to make the scene, but maybe their staff remembered to pack umbrellas. 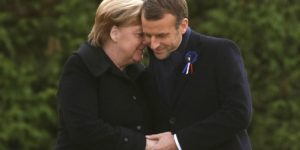 Both perspectives are supported by abundant evidence. Which one makes you want to get out of bed in the morning? I don’t suggest we deny the negative aspects of reality because they are distressing. That would be like slapping a happy face sticker on the gas gauge in your car because you don’t like that it’s on Empty. 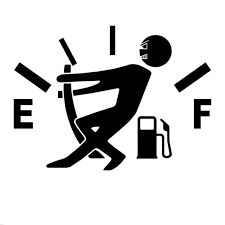 But dwelling on what’s wrong distorts our perception just as thoroughly, and it has the counterproductive effect of sending us into a downward spiral of discouragement, a place of learned helplessness that too often leads to depression when directed inwards, and blame or hatred when directed outwards.

The human brain is wired to focus on the scary stuff. That’s how we survived our 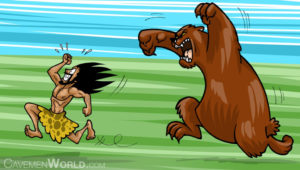 first couple of hundred thousand years as a fangless, clawless, relatively slow-moving species in an environment full of big, fast, well-equipped predators. Fast forward several millennia: media and advertising still operate on this principle, because the negative is what gets our attention, and our attention is a global commodity for which there is relentless competition.

Caveman Bob, back in the day, could spend most of his time in the peaceful flow of hunting and gathering and discovering fire or whatever, until a rustle in the undergrowth alerted him to the approach of a dire wolf or whatever. At that point Bob would be flooded with adrenaline and corticosteroids, enabling him to act fast. Assuming he survived, with his fight-or-flight neurotransmitters discharged by all the fighting or fleeing, Bob could once again chill out and go back to roasting grubs.

For modern humans wired on every level, the stress hormones never get a chance to burn 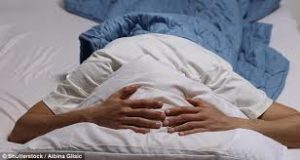 off due to our exposure to the media onslaught and the 24-hour news cycle. Because, with the exception of the occasional feel-good human interest piece (“Loyal Chihuahua Saves Sleeping Family From Certain Death! Have You Checked Your Carbon Monoxide Monitor?”), the news is all bad, all the time.

“Woman Enjoys Safe and Pleasant Commute to Satisfying Job and Returns to Loving Family!” said no reporter anywhere ever. And yet on most days for most of us, our days are mostly filled with experiences that are positive, or at least neutral. It’s not news, but if it’s what we focus on, our whole sense of our reality changes. 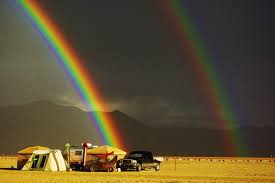 I maintain that we are more able and more likely to respond appropriately to our circumstances if we are not bludgeoned into despair. Therefore I will be focusing my November posts on the things for which I am grateful, experiences that make me laugh with delight or fill me with a quiet sense of well-being. It’s hardly an idea that is unique to me, but with Thanksgiving — my favorite holiday — approaching, it’s a good time to get public about what lightens my spirits, in the hope that it does the same for you.

Also, I’m in the midst of this year’s NanoWrimo — National Novel Writing Month — in

which I am endeavoring to crank out the first 50,000 words of a novel before midnight on November 30. So my posts will be short. But grateful.

For now, let me extend my deep thanks to veterans on this day of all days, and to you for reading this post. And if you really want to boost my serotonin, leave a comment and share what makes your world come into proper focus.